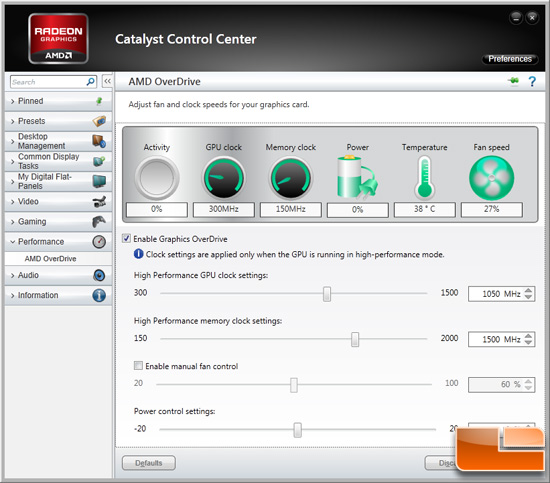 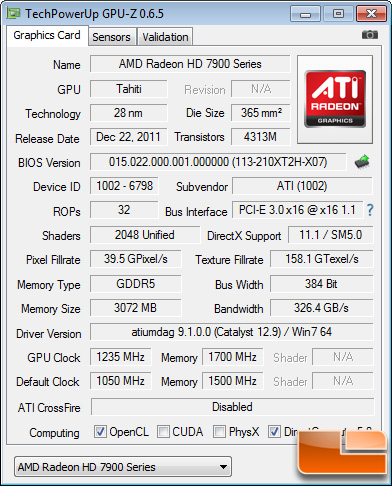 We used CCC and found that with the power control settings maxed out at 20 we could hit 1235MHz on the core and 1700MHz (6800MHz effective) on the memory. The core clock speed can likely go higher and can if you install a 3rd party overclocking utility that allows voltage increases. We are very happy with this overclock as we are 185MHz over the already overclocked cards base core clock speed and 200MHz higher on the 3GB of GDDR5 memory.

Let’s take a look at some Futuremark 3DMark11 on the performance preset to see how the overclock helped performance.

We tried out this overclock with Futuremark 3DMark 11 on the performance preset and saw the score go from P9209 to P10394, which is a 12.8% improvements from the cards factory settings. Not a bad overclock and a significant performance increase for free! 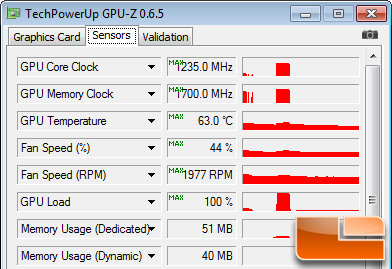 It should be noted that when we overclocked the Sapphire HD 7970 Vapor-X 3GB that we left the fan on auto and it was running at 1.2 GHz on the core just fine! After running two passed of 3DMark11 we noticed the core temperature hit 63C. Not bad for such an overclock!