Temperatures are important to enthusiasts and gamers, so we took a bit of time and did some temperature testing on the Sapphire Radeon HD 7970 Vapor-X video card. 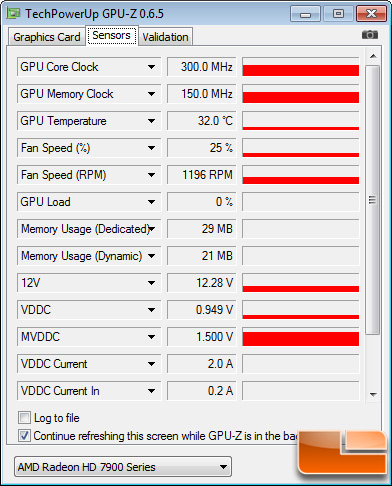 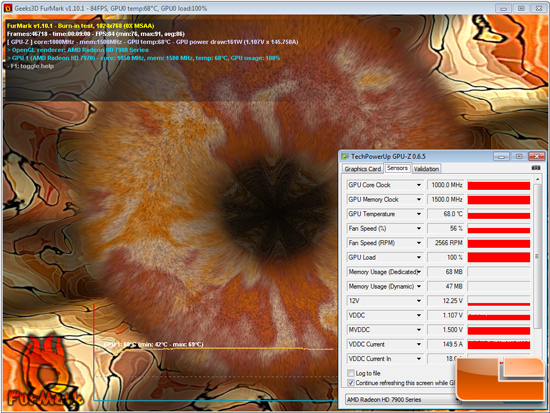 With Furmark fired up and running at 1024×768 we saw the temperature reach 69C and level off there. Notice that the fan RPMs jumped up to nearly ~2,550 RPM at this temperature. 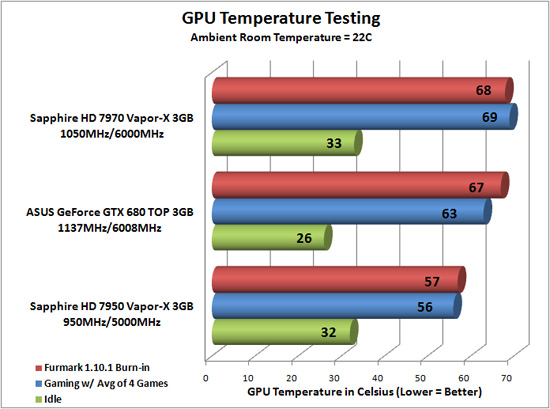 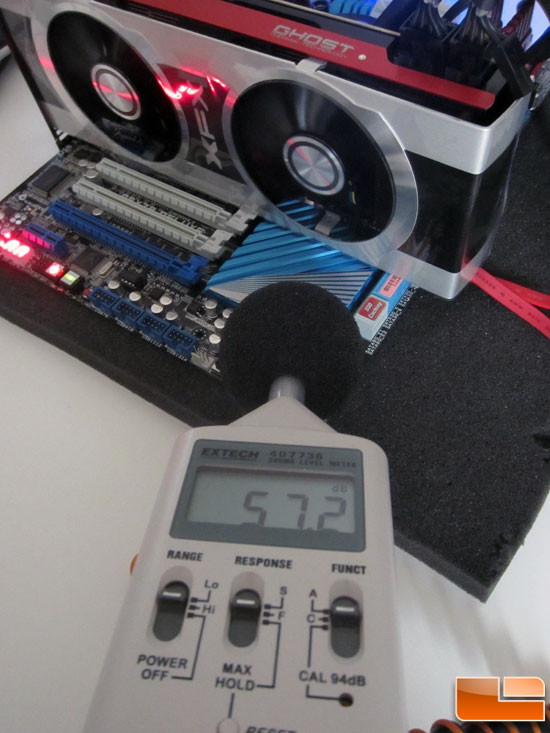 We recently upgraded our sound meter to an Extech sound level meter with ±1.5dB accuracy that meets Type 2 standards. This meter ranges from 35dB to 90dB on the low measurement range, which is perfect for us as our test room usually averages around 38dB. We measure the sound level two inches above the corner of the motherboard with ‘A’ frequency weighting. The microphone wind cover is used to make sure no wind is blowing across the microphone, which would seriously throw off the data. 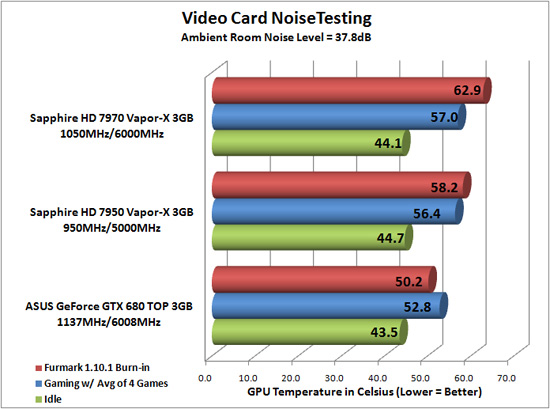 The Sapphire HD 7970 Vapor-X graphics card  was observed at 44.1 dBA at idle, which is pretty quiet considering this is a Radeon HD 7900 series card. Once you get the GPU at 100% we were seeing 57.0 dBA in games and 62.9 dBA in furmark. As you can see the load noise levels during gaming are fairly close, but there is a pretty big difference in Furmark.  The ASUS GeForce GTX 680 TOP edition card with the DirectCU II GPU cooler performs very well and is quieter than both Sapphire Vapor-X cards.