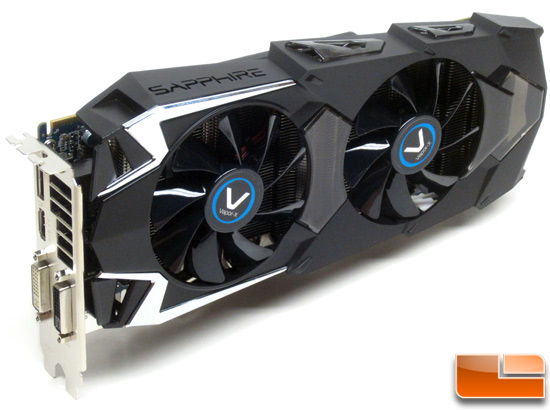 For testing power consumption, we took our test system and plugged it into a Kill-A-Watt power meter. For idle numbers, we allowed the system to idle on the desktop for 15 minutes and took the reading. For load numbers we measured the peak wattage used by the system while running the OpenGL benchmark FurMark 1.10.1 at 1024×768 resolution. We also ran four game titles at 1920×1080 and averaged the peak results recorded the highest Wattage seen on the meter for the gaming results. 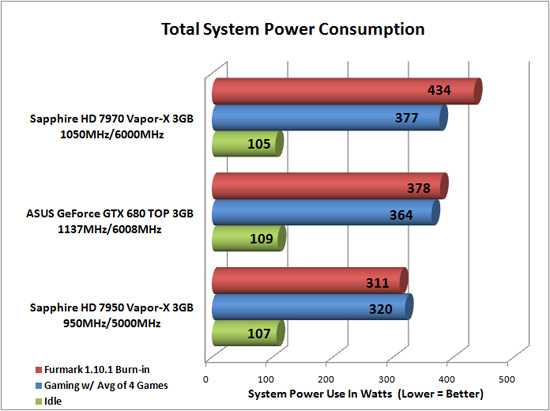 Power Consumption Results: The Sapphire Radeon HD 7970 Vapor-X is a high-end gaming graphics card, so we expected to see fairly high power numbers. The results put the Sapphire Radeon HD 7970 Vapor-X at the top of the charts, but the power usage wasn’t that bad. At idle the entire system consumed 105 Watts of power and at full load we averaged 377 Watts in game titles and 434 Watts in Furmark. As you can tell the idle numbers of all three cards are pretty close together, but once you get the card at 100% load you can see some fairly big differences.