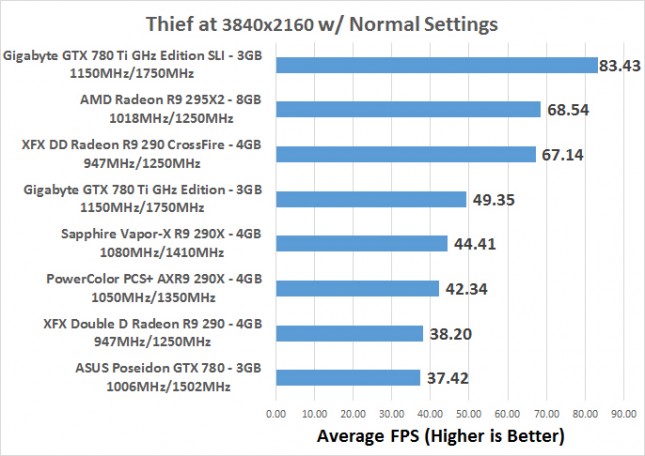 Benchmark Results: The Sapphire R9 290X Vapor-X came in with an average benchmark run of 44.41 FPS on Thief. The PowerColor PCS+ Radeon R9 290X averaged 42.34 FPS and the XFX Double Dissipitation R9 290 came in at 38.20. These results are with normal image quality settings. Not bad performance on a game title that came out in Q1 2014. 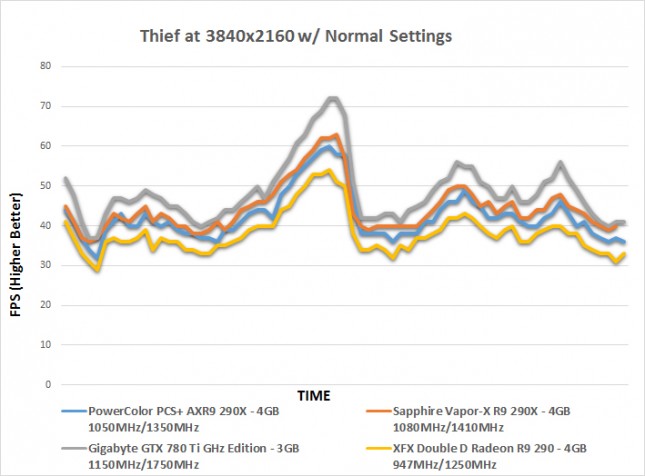 Benchmark Results: The performance over time chart showed that the 290X Vapor-X video card never dipped below 30FPS during the benchmark run.