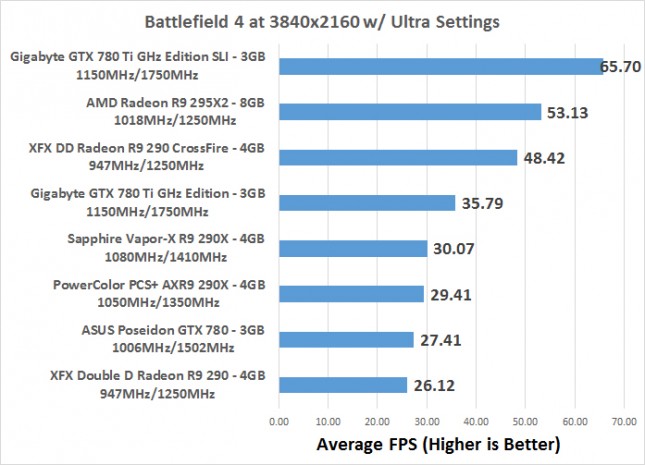 Benchmark Results: In Battlefield 4 with Ultra settings at 3840×2160 we were able to average 30.07 FPS on the Sapphire R9 290X Vapor-X. This is about half a FPS faster than the rival PowerColor PCS+ AXR9 and roughly 3FPS ahead of the factory overclocked ASUS Poseidon GTX 780 graphics card. 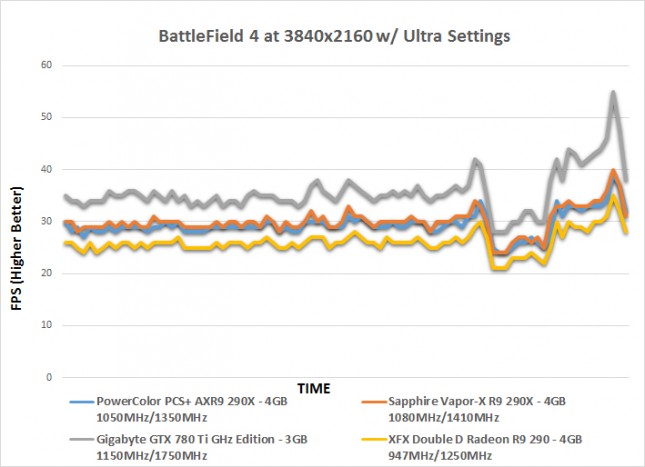 Benchmark Results: The Sapphire R9 290X Vapor-X OC ran BF4 pretty smoothly with these settings and if you reduce the image quality just slightly you’ll be able to get above 30 FPS most of the time at 3840×2160. We dropped down to nearly 20 FPS in a couple spots during our gameplay and we could feel a bit of sluggishness at some specific parts in the game with these settings.