Temperatures are important to enthusiasts and gamers, so we took a bit of time and did some temperature testing on the Sapphire R9 290X Vapor-X OC video card. 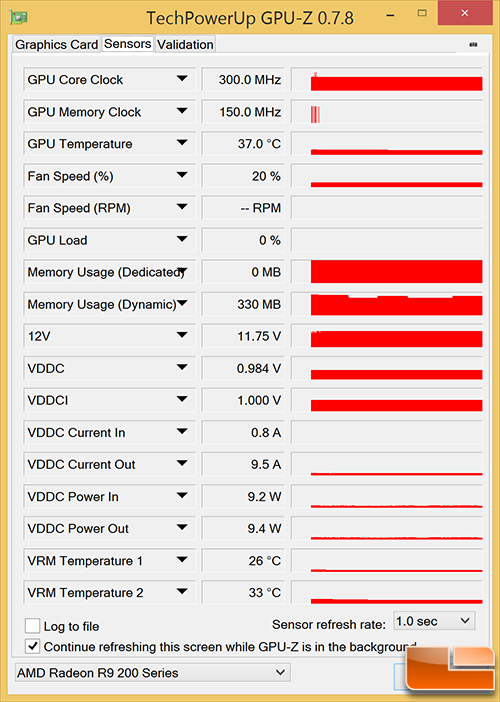 At idle we found the GPU core temperature was 37C, which is a bit higher than we are used to seeing. The Sapphire R9 290X Vapor-X is designed to run with just one fan at idle, so it appears that the idle temperature is a bit warmer due to that fact. 37C isn’t really hot and more importantly VRM1 and VRM2 temperatures are really low at idle, VRM1 was 26C and VRM2 was 33C GPU-Z shows the Sapphire R9 290X Vapor-X OC video card had an GPU voltage of 0.984V at idle. 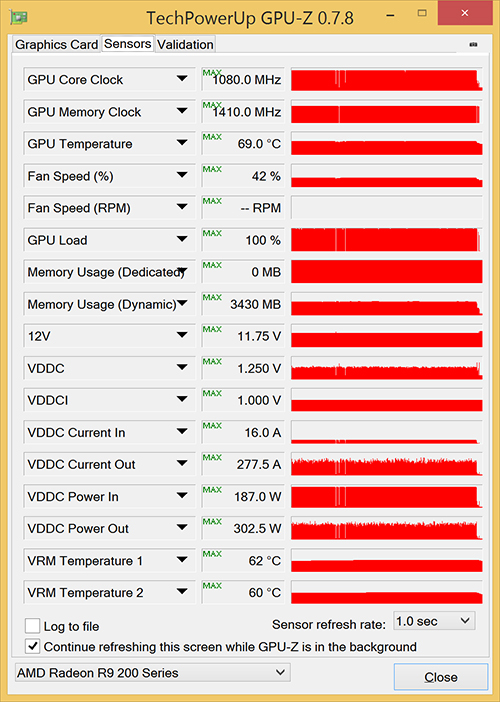 When gaming we hit 69C, which is awesome for an AMD Radeon R9 290X graphics card! There was just a 32C rise in temperature from idle and the fan speed went from 20% to 42%. GPU-Z shows that the core voltage jumped up 1.250V when at full load. The GPU cooling performance of the Vapor-X cooling solution was solid and the VRM temperatures were very good. VRM1 was just 62C and VRM2 was at 60C. The Sapphire R9 290X Vapor-X OC has a well designed GPU cooler on it that keeps both the GPU core and VRM components nice and cool. 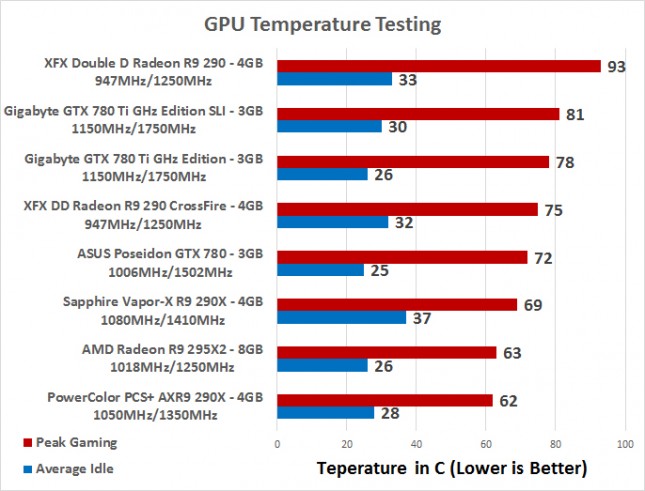 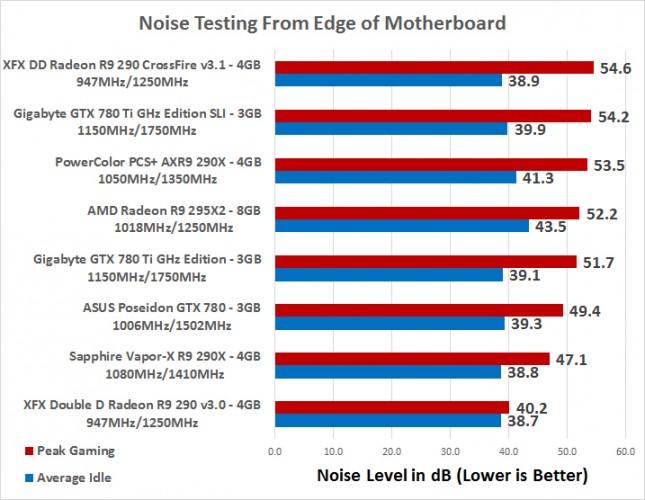 The Sapphire R9 290X Vapor-X 4GB was one of the quietest cards that we have tested in some time with a reading of 38.8 dB at idle and just 47.1dB at load. The only card that was quieter at load was the XFX DD R9 290 and that card had severe overheating issues due to the fans spinning so slowly!