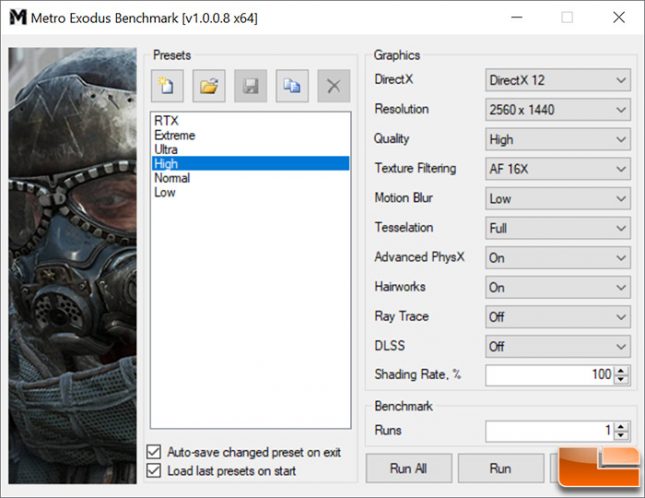 We tested Metro Exodus with the ‘High’ graphics quality preset with the DX12 API. 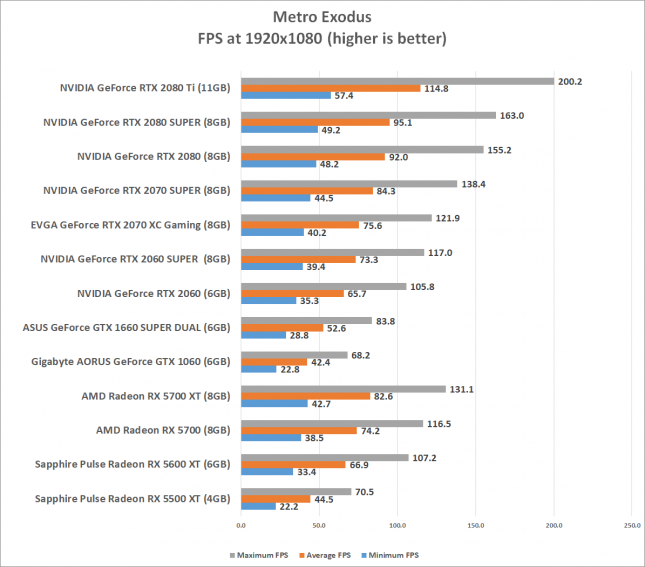 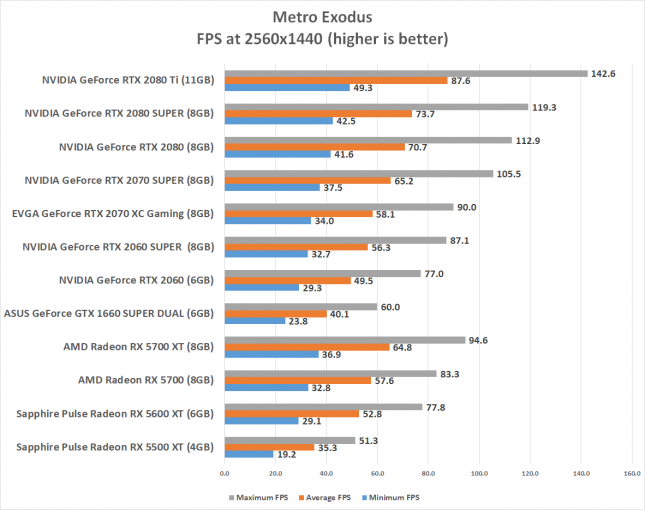