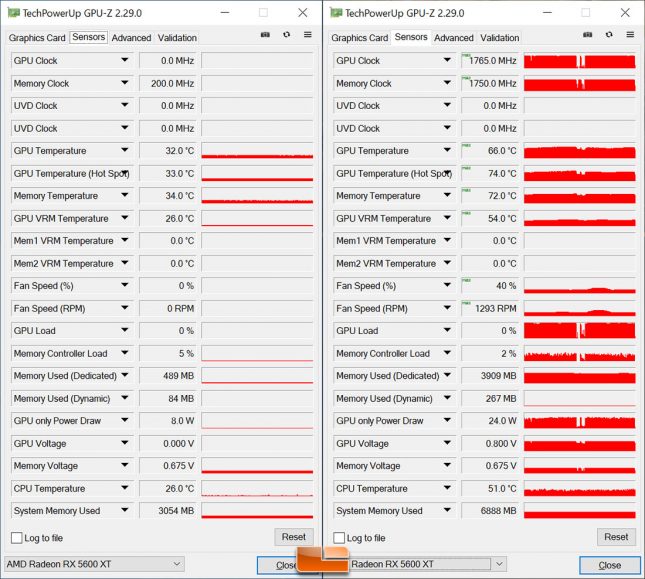 At idle we were sitting at around 32C at idle and after gaming for about half an hour we were running at 66C on the GPU temperature with the ‘hot spot’ reaching 74C. The memory temperature was reported as reaching 72C. The fans were running around 1300 RPM at full gaming load and were pretty quiet and aren’t heard over the test systems other cooling fans. 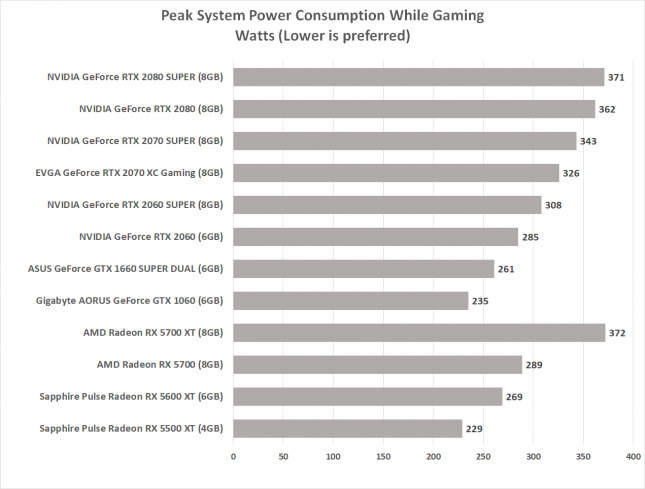 With the Sapphire Pulse Radeon RX 5600 XT 6GB card in the system, we had a total system power draw of 269 Watts while playing Rainbow Six Siege at 2560×1440 over an extended period of time. Solid peak power numbers!