There are many tools available that allow overclocking the GPU, Sapphire has their own tool called TriXX. This tool lets us know what is going on with the GPU and an easy way to overclock or adjust fan speeds. The overclocking tab is laid out so we know what can be adjusted and is a great way to know exactly what is going to happen. The VDDC Offset is a little tricky, it started out at 12 and could be increased to 18; from 19 – 22 it would revert back to 18, then it would jump to 25 for a while. 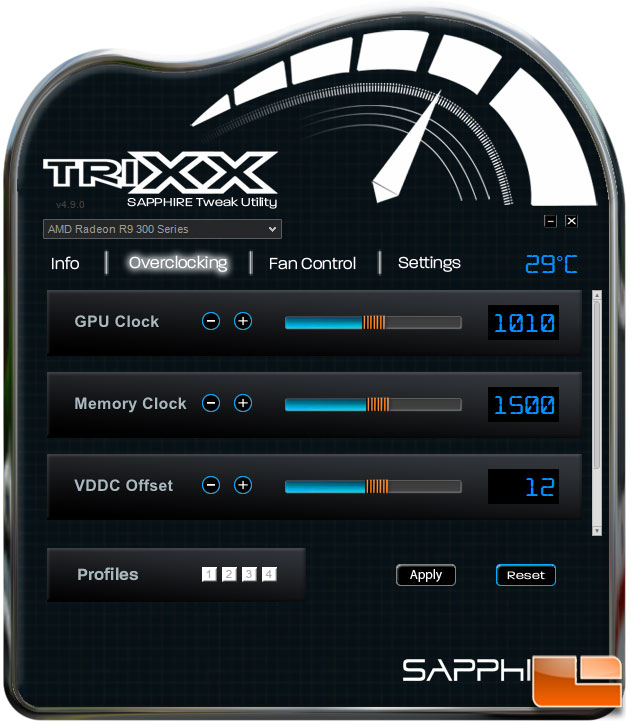 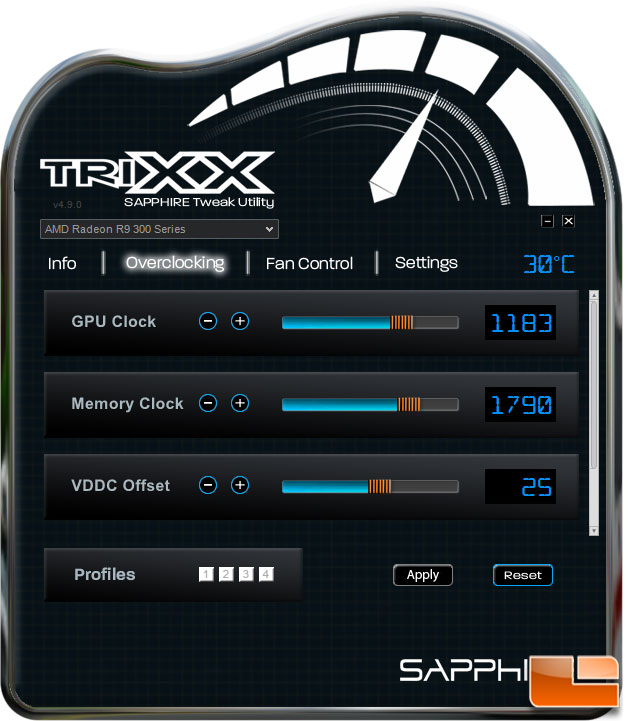 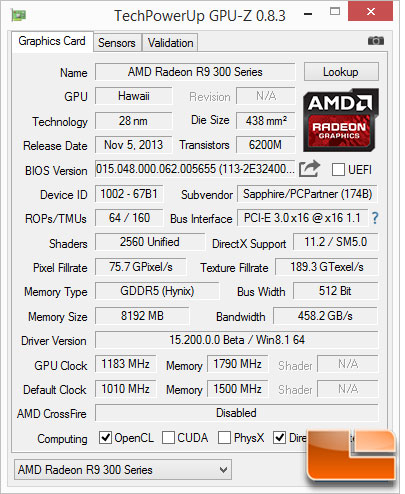 With a 17% increase in GPU Clock speed and a 19% increase in Memory Clock speed, we saw that translate to a 608 point increase in 3DMark Fire Strike Extreme. That represents a 12.5% performance gain! As we will see shortly the sound level of the Nitro 390 did not change much during testing. Even when overclocked, the noise level did not increase anymore than it did during standard load testing. The temperature however went up an additional 8C, reaching 59C at it’s peak when overclocked.