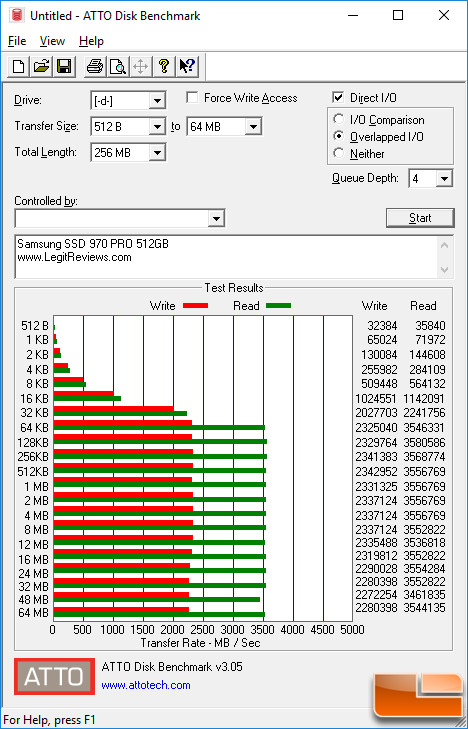 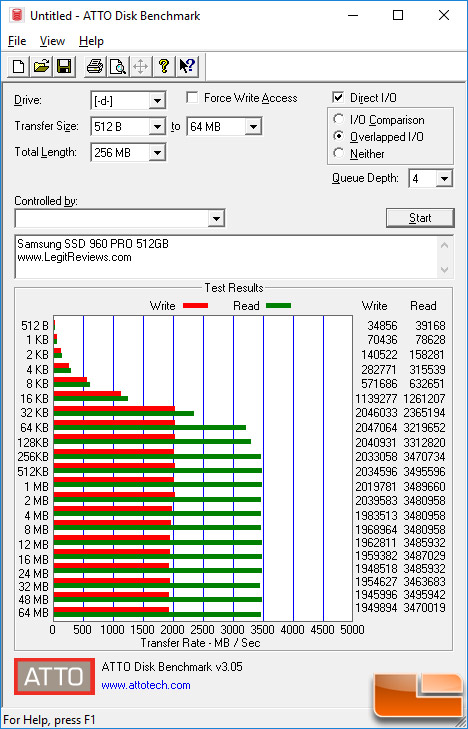 Benchmark Results: ATTO showed the Samsung SSD 970 PRO 512GB M.2 PCIe NVMe drive reaching speeds of up to 3581 MB/s read and 2342 MB/s write in the standard overlapped I/O benchmark. This drive is rated at up to 3500 MB/s max sequential read and 2300 MB/s max sequential write, so we were easily able to hit the drives rated speeds on out Intel Z370 test platform. 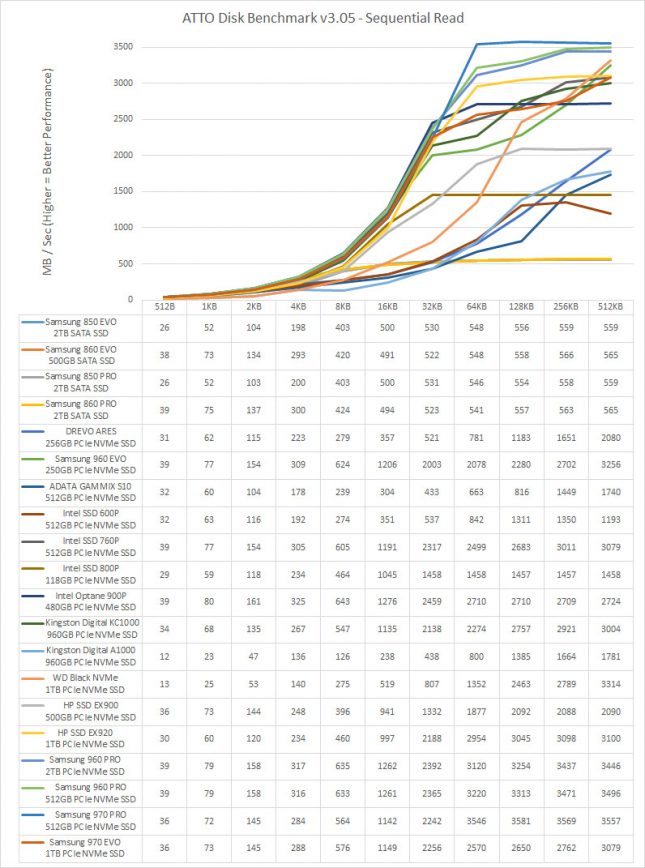 Benchmark Results: Compared to some other SATA III and PCIe NVMe SSDs, the Samsung SSD 970 PRO 512GB drive tops the performance charts with its 3500 MB/s read speeds that it reached by the 64KB block size. 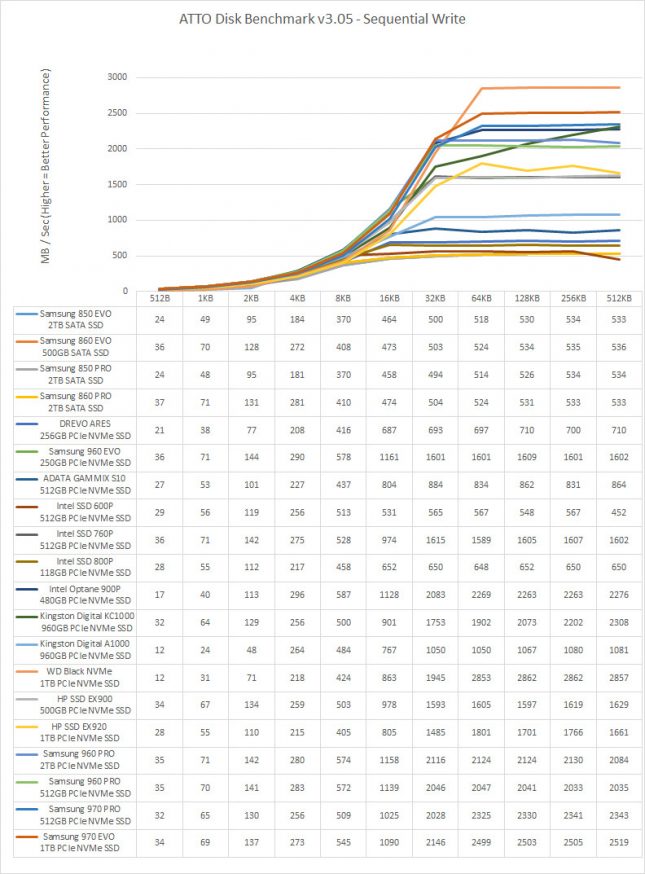 Benchmark Results: The new WD Black 3D NVMe drive tops the charts here with around 2850 MB/s write speeds, but the Samsung SSD 970 PRO 512GB drive wasn’t too far behind with 2300 MB/s writes. If Samsung would have sampled the faster 970 PRO 1TB drive with 2700 MB/s write speeds it would be a bit closer up top.