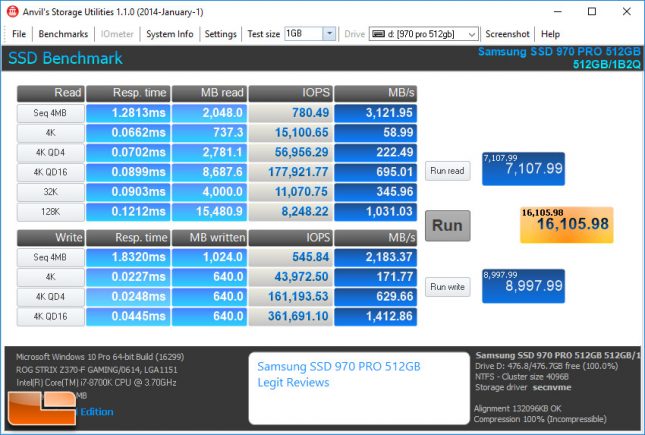 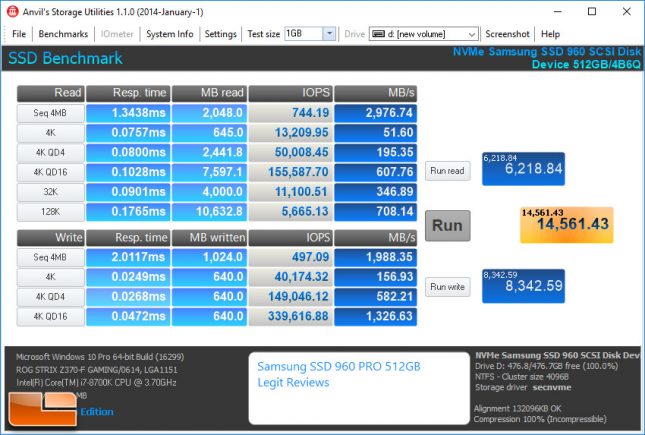 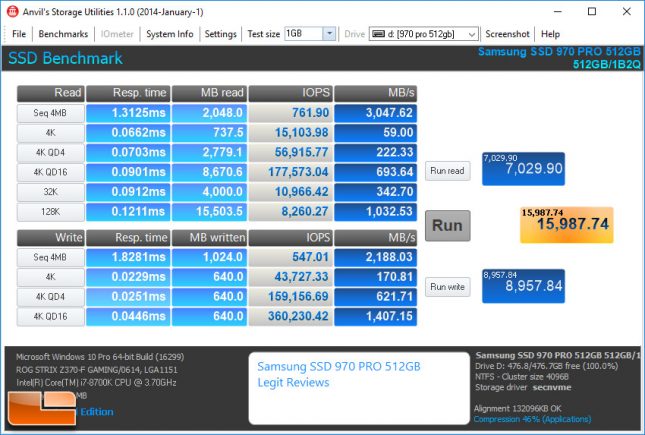 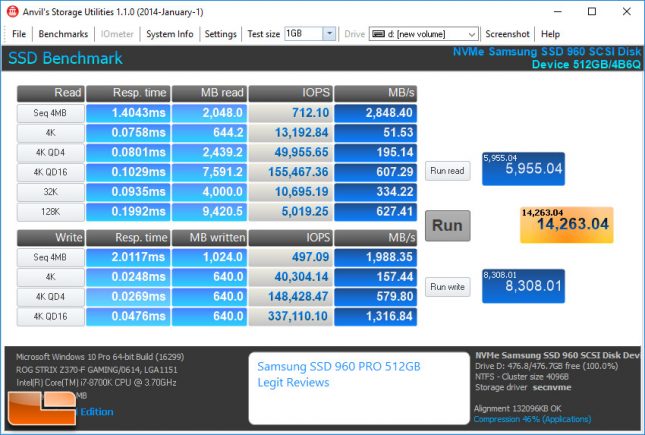 Benchmark Results: With the compression at 46% to help mimic real world applications better the overall score dropped just slightly to 15,987.74 points. This is about 12.3% higher than the socre that we got on the Samsung SSD 960 PRO 512GB drive. Solid performance uplifts here! 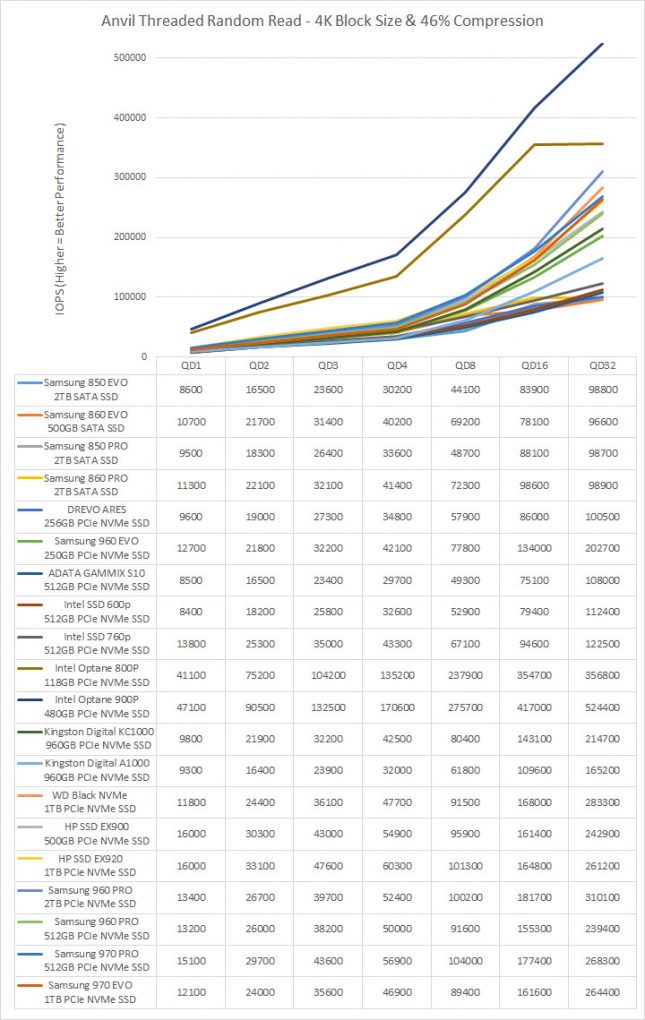 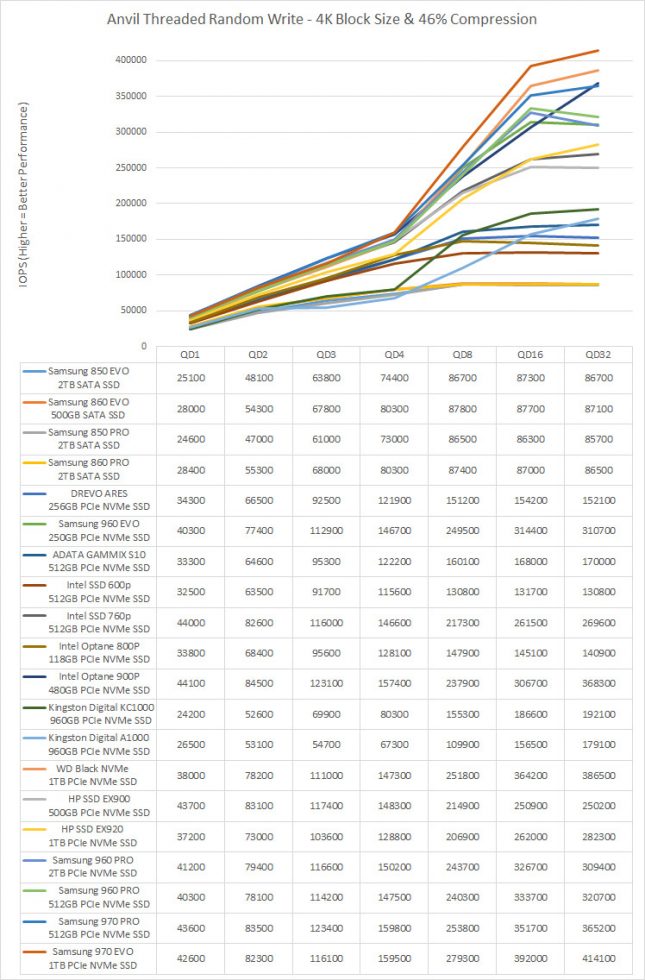 Benchmark Results: When it came to 4K Random Write performance, the Samsung SSD 970 PRO 512GB drive pulled away from the HP SSD EX920 M.2 1TB drive and never looked back. The QD1-4 Random Write performance is amazing on the 970 PRO 512GB drive as it was nearly as fast as the Intel Optane drives at QD1-2 and was faster than all the drives in the chart at QD3. 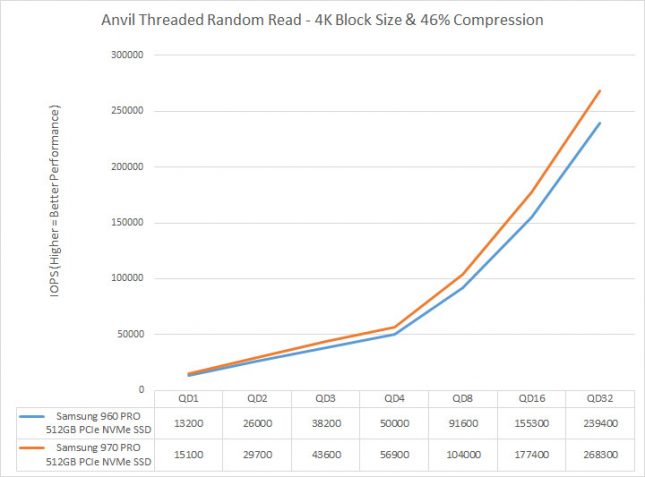 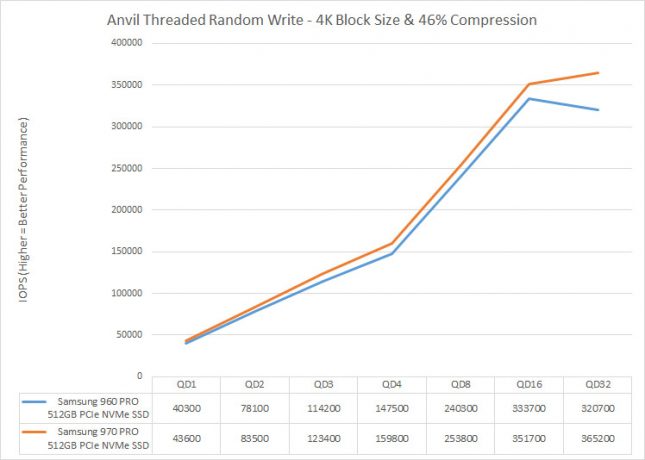 Here are a couple charts that show just the Samsung 960 PRO 512GB drive versus the 970 PRO 512GB to show the generational improvements.