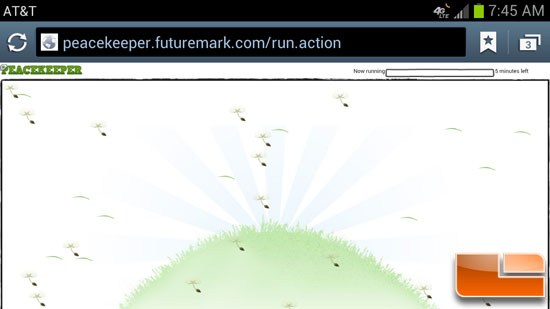 Peacekeeper is an online benchmark from Futuremark that realistically simulates the load placed on the browser by common JavaScript functions as used by popular, modern websites. For users who prioritize speed and performance, Peacekeeper helps answer the question of which browser or tablet is the best for them. 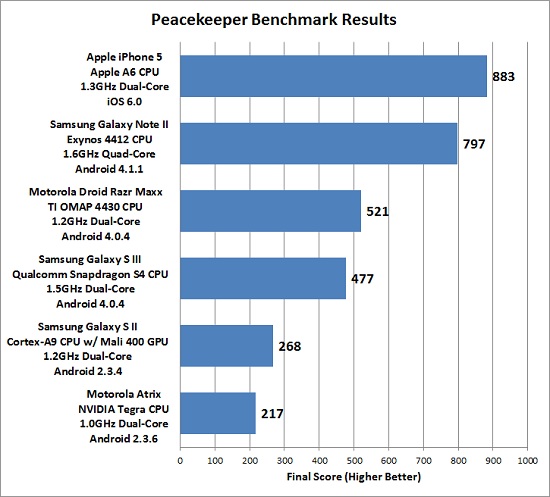 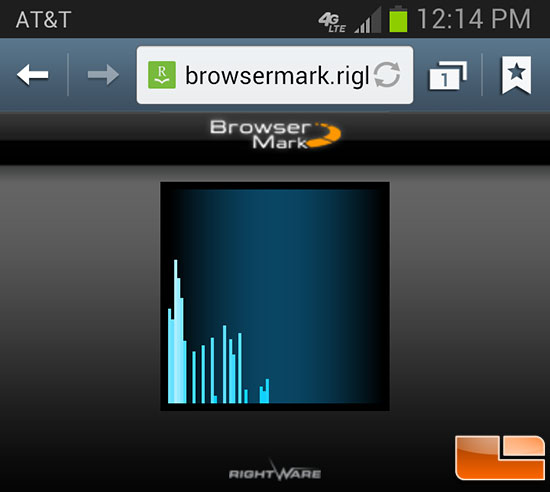 Another very popular web based browser benchmark is Rightware’s popular Browsermark that provides tests to measure browser performance in the context of JavaScript, HTML5, WebGL, CSS and many more. 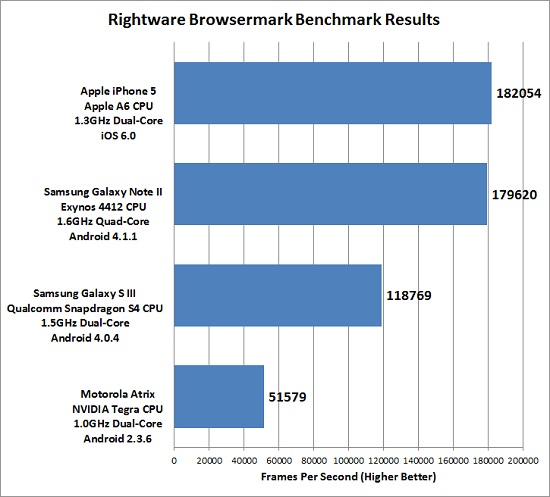 Browsermark showed the performance gap between the iPhone 5 and the Galaxy Note II being even closer, but you can clearly see they are ahead of the rest. 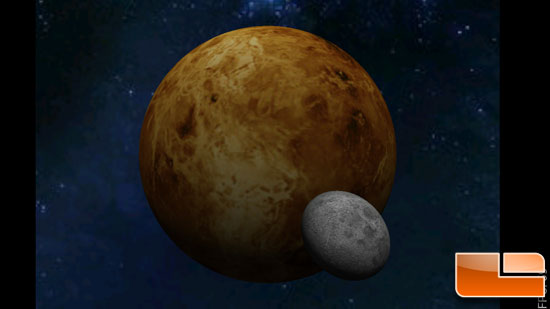 Quadrant is a CPU, I/O and 3D graphics benchmark. The Standard Edition requires an Internet connection to compute benchmark results and is supported by ads, but that should be fine for most users. We used version v2.1.1 for benchmarking the tablets. 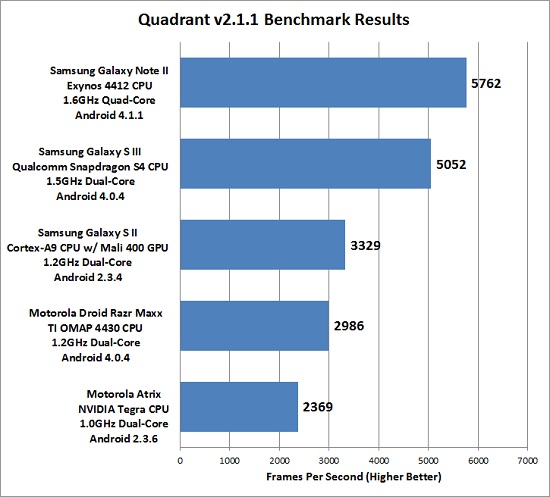 Quadrant showed that the Samsung Galaxy Note II was the fastest Android smartphone that we have ever benchmarked thanks to the impressive 1.6GHz quad-core processor with 2GB of RAM! 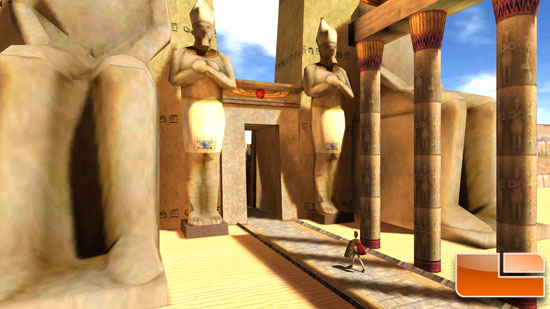 GLBenchmark 2.5.1 is an OpenGL ES 2.0 benchmark that we are using for the very first time since you can run it in offscreen mode, which means that you can test devices at the same resolution no matter what the screen size really is. The majority of the tests focus on graphic resources, measuring the quality and performance of the underlying OpenGL ES 2.x implementation. The benchmark, among other features, contains high-level 3D animations; low-level graphic measurements; a possibility to create personalized benchmarking suites by changing settings. 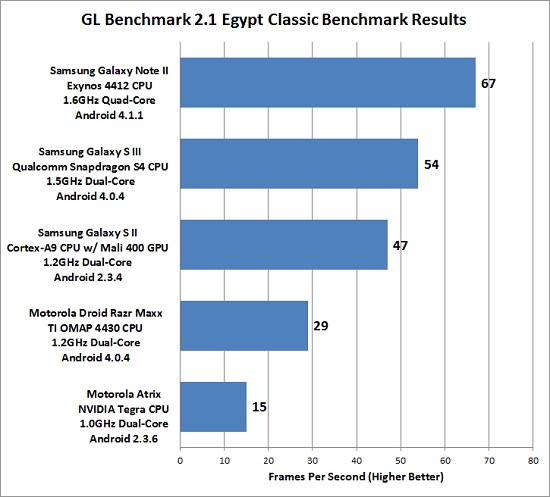 When it comes to this OpenGL ES 2.0 performance the winner by a long shot is the Galaxy Note II at 67 FPS.  This phone has a great graphics processor inside and plays games really well! If you are curious about the new GLBenchmark 2.5 Egypt HD benchmark, you’ll be happy to know that the Galaxy Note II scores 17 FPS.

The Galaxy Note II is a very powerful smartphone that 4x faster on average than phones like the Motorola Atrix that was released in Feb 2011. Seeing such a significant performance increase in just two years is amazing and gives people a reason to update their smartphone!