When we reviewed the Samsung SSD 850 EVO drive last December we knew that different form factors were coming but we didn’t know exactly when. That question has now been answered as we have a few different drives on our hands. With the same components we saw on the 2.5″ 850 EVO we now have an mSATA and M.2 version to play with and expect much the same performance as we saw with the larger drive. The smaller form factors allow it to be used in ultra-thin PCs and desktops without giving up capacity that’s normally only found in the larger drives as the M.2 offers capacity up to 500GB and the mSATA up to 1TB. 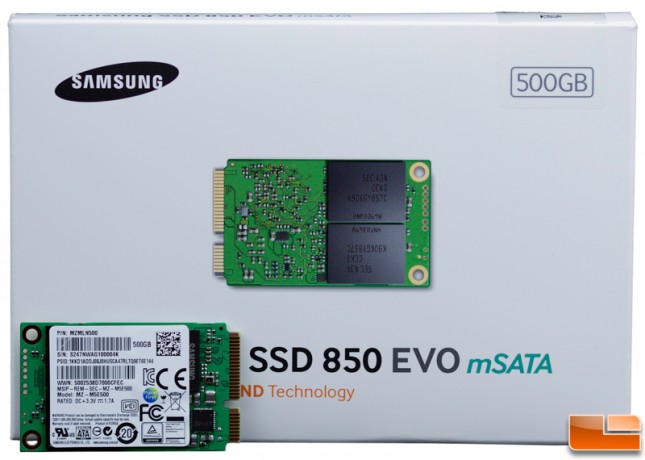 The pricing on these is very aggressive and barely above where the pricing has settled on the 2.5″ drives nearly four months after the release.

Performance numbers are much the same with each topping out at 540MB/s reads and 520MB/s writes as they are still bound by a SATA 6Gb/s interface. In fact, the specifications are little changed from the 2.5″ version save for the dimensions and interface types. 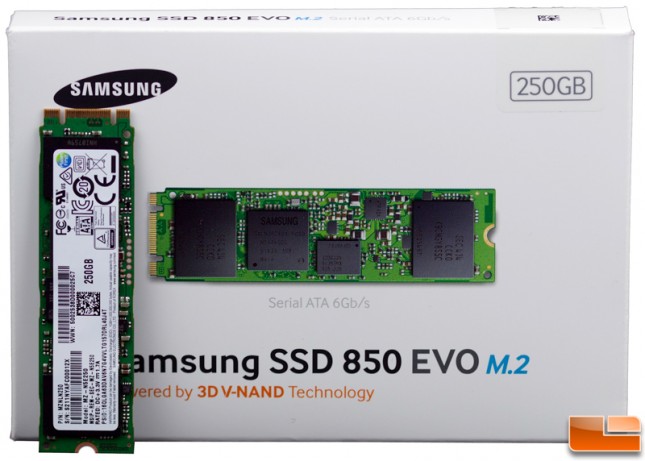 Of course, the specifications are merely the performance numbers with an assist from Samsung’s TurboWrite Technology which leverages a high-performance write buffer to boost performance though it’s tough to demonstrate with synthetic benchmarks. It relies on a 3GB “TurboWrite” SLC region for the cache buffer and when that is not available, the performance falls off appreciably as evidenced by the tables below. 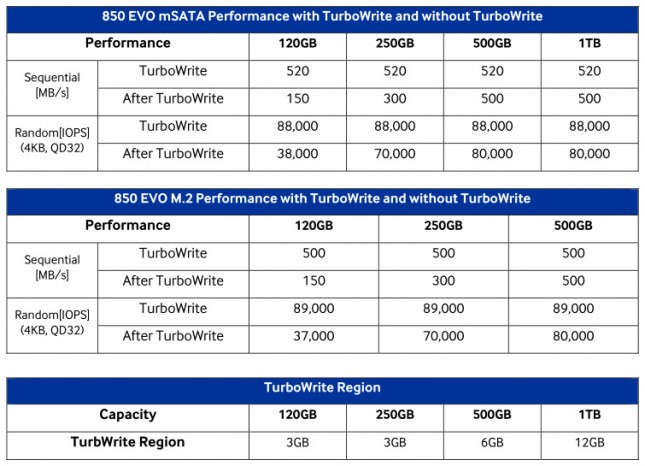 Let’s have a closer look at each drive.