Benchmark Results: The real wold test shows a difference, albeit not much, between the mSATA and M.2 drive but not due to the interface but rather the lower capacity and dual NAND chips on the M.2 slows things down just a hair. 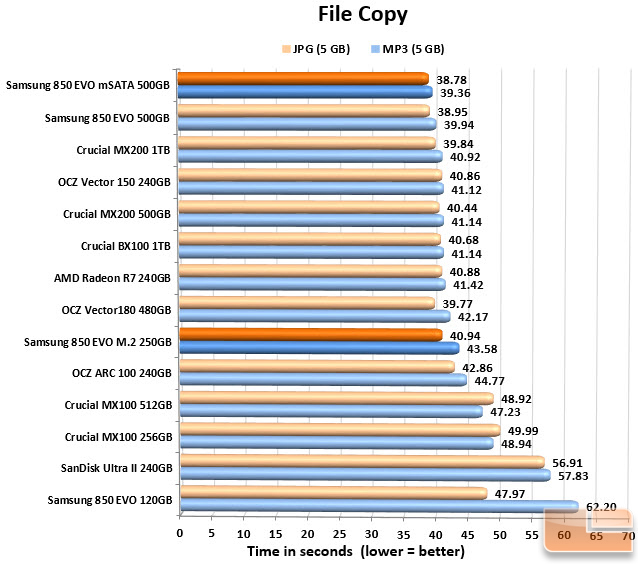 Benchmark Results: As usual, boot times are separated by fractions of seconds and none are perceptibly better than the others but it’s a good test for the drives as booting up is something most of us do every day. 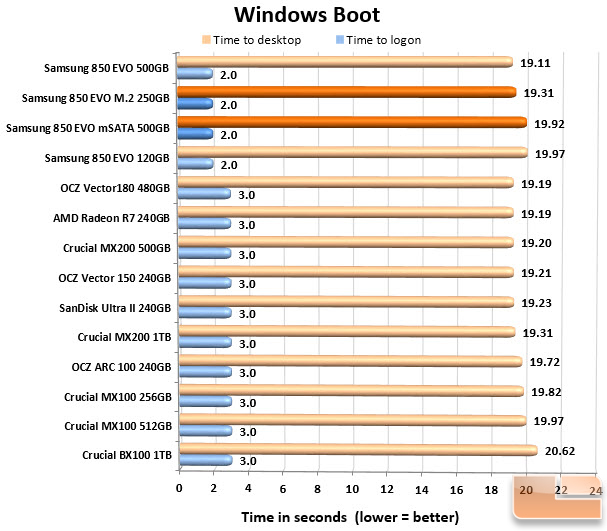