The first workload that we will be showing is a trace that uses Microsoft Visual Studio to compile a build of Mozilla Firefox browser. The NVMe PCIe 4.0 drives using the Phison E16 controller do extremely well with this trace and have the highest scores of all the drives tested. The Sabrent Rocket NVMe PCIe 4.0 1TB drive had nearly identical scores to the Corsair Force MP600 despite running an older firmware version. 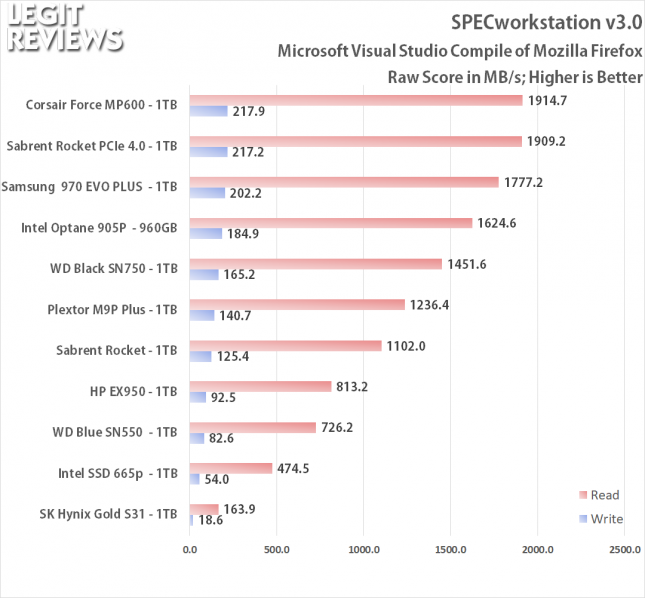 The next trace involves a Handbrake transcode and that test clearly favors Intel Optane drivers with 3D Xpoint memory as the Intel Optane 905P led this test by leaps and bounds. The PCIe Gen 4.0 drives finished in the upper half of the chart, but behind the budget friendly WD Blue SN550 1TB drive. 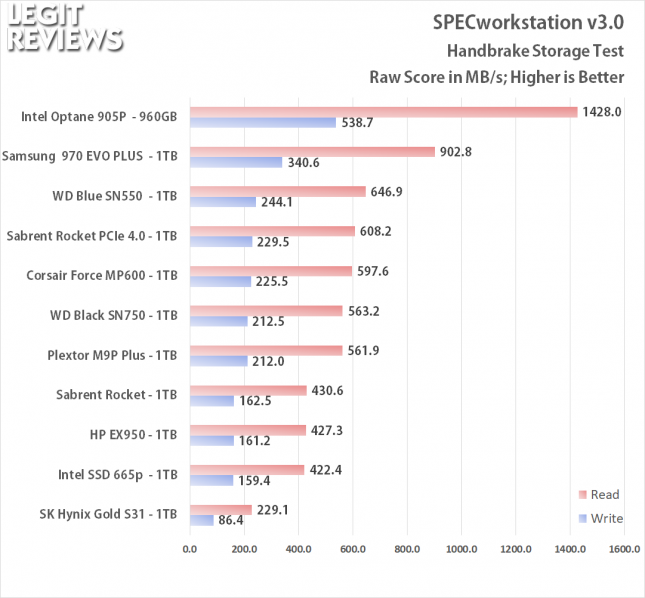 In the 7zip workload the PCIe Gen 4.0 drives once again rose to the top of the chart with impressive results that were over 1GB/s faster on sequential reads than the nearest competitor! 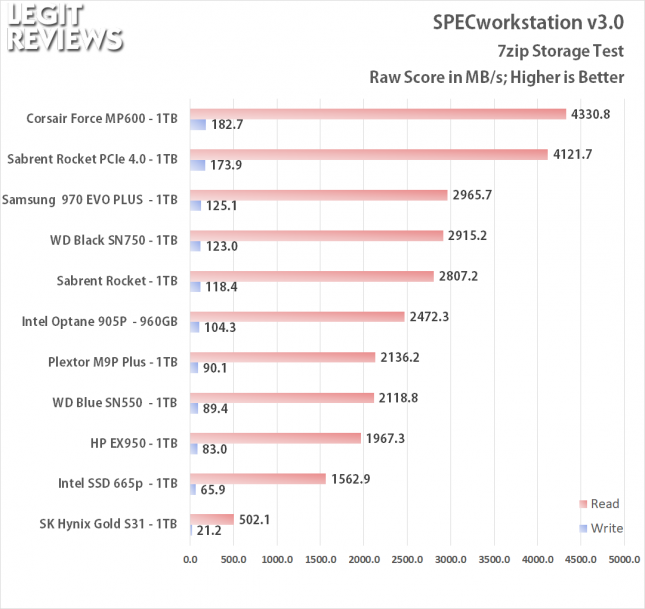