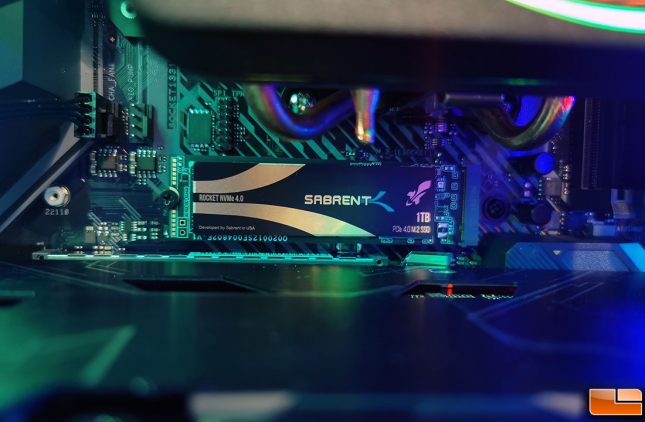 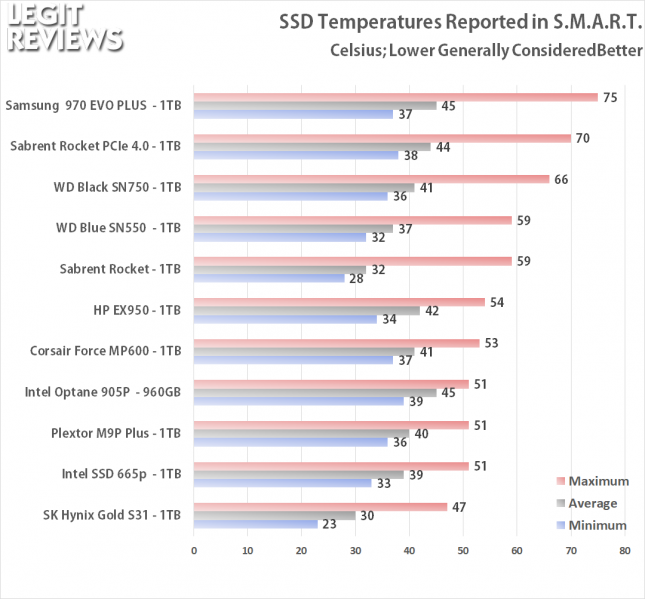 Using the S.M.A.R.T. temperature sensor we found the Sabrent Rocket 4.0 had a minimum temperature 0f 38C, an average of 44C and a maximum of 70C. This drive runs on the hotter side of the 10+ that we have tested in this PC case, but we didn’t experience any throttling during testing. The Corsair MP600 is basically the same drive with a heatspreader and it ran 2C cooler on the minimum, 3C cooler on average and an impressive 17C cooler at the maximum recorded temperature. The good news is that most Phison E16 drives throttle at 83C and both the Sabrent Rocket 4.0 and Corsair MP600 1TB drives are far from that point.