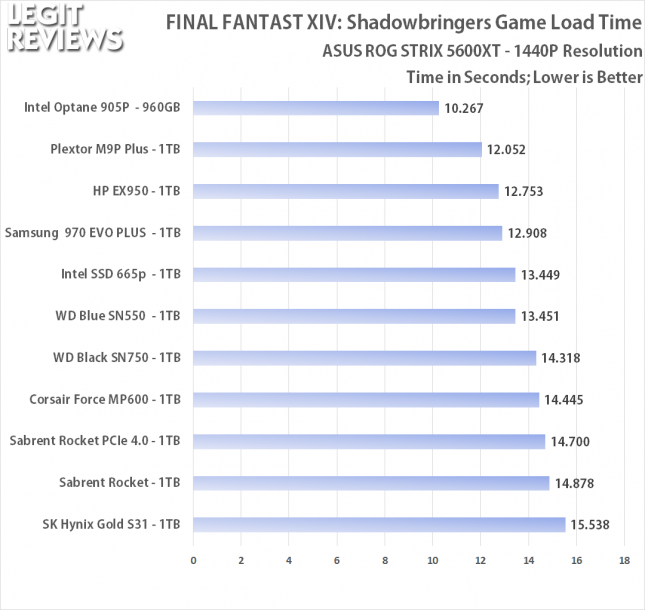 Benchmark Results: Phison E12 and E16 controller have never really done well when it comes to game load times and that is again the case here as the Sabrent Rocket NVMe PCIe 4.0 drive finished this benchmark at 14.700 seconds. That is basically 4.5 seconds slower than the fastest SSD and less than a second faster than your average SATA III SSD.