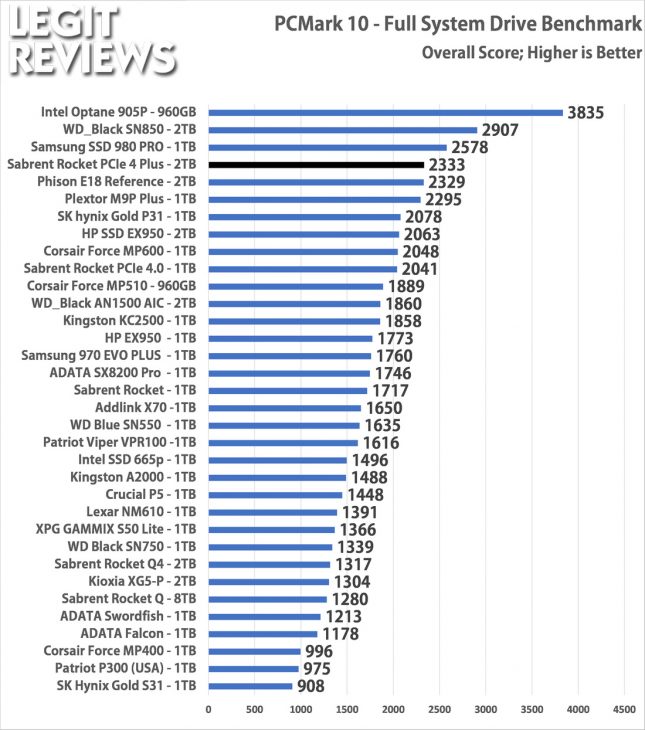 On the full system drive benchmark the results had the Phison E18 controlled drives score just over 2,300 points and are just behind the Samsung SSD 980 PRO and WD_BLACK SN850 drives. Phison has told us that they are working on firmware improvements that will help performance on PCMark and new firmware builds might be coming as soon as this month. 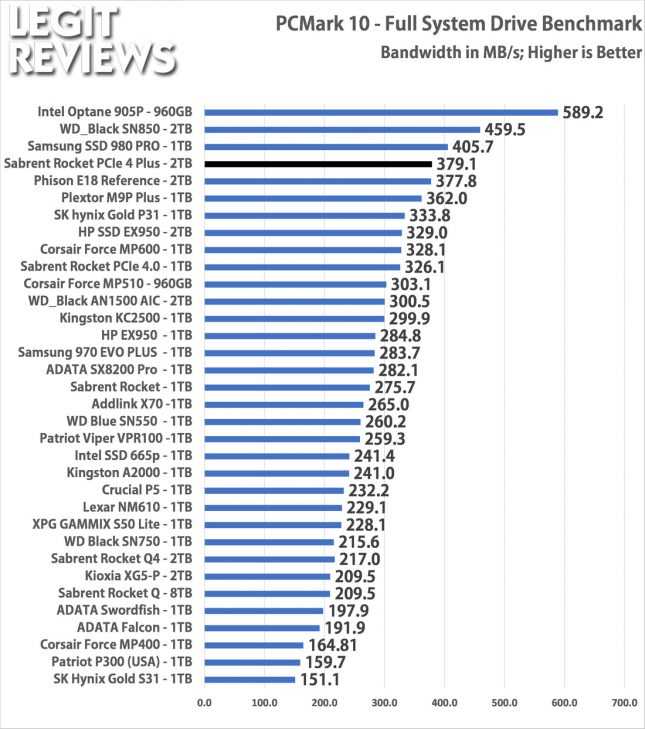 The PCMark 10 Storage Benchmarks overall score is calculated from the bandwidth and average access time sub-scores. The bandwidth subtest is defined by UL in PCMark 10 as bandwidth = bytes / busy_time_for_read_and_write. Here the Sabrent Rocket 4 PLUS 2TB drive averaged 379.1 MB/s. 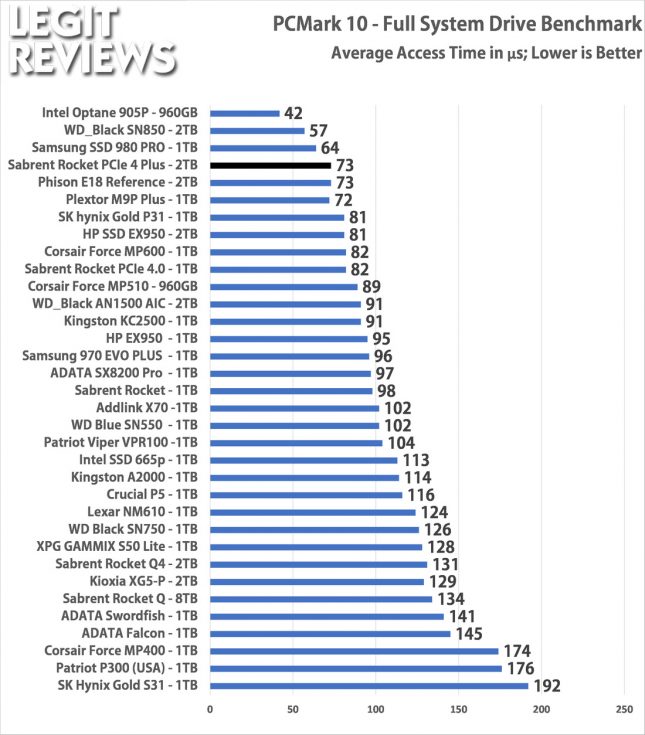 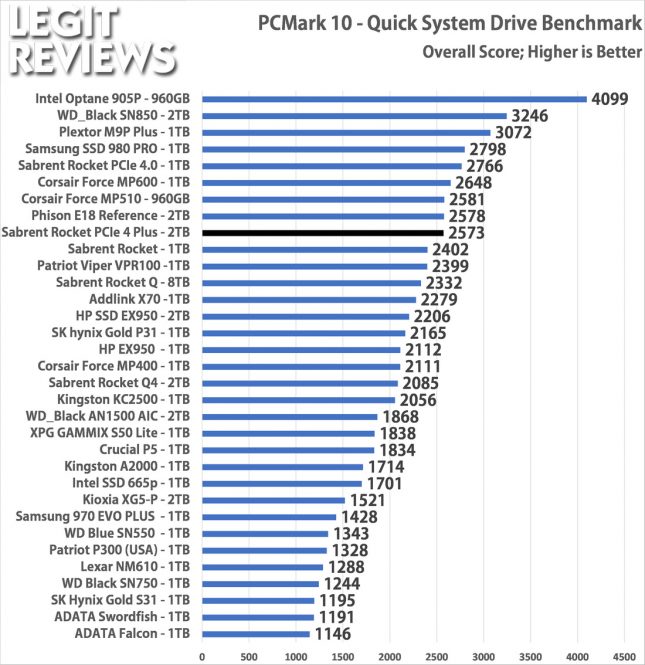 On this lighter workload the Sabrent Rocket 4 PLUS along with the Phison E18 development drive fell a little further into the pack on this test with a scores of 2573 and 2578 points, respectively. 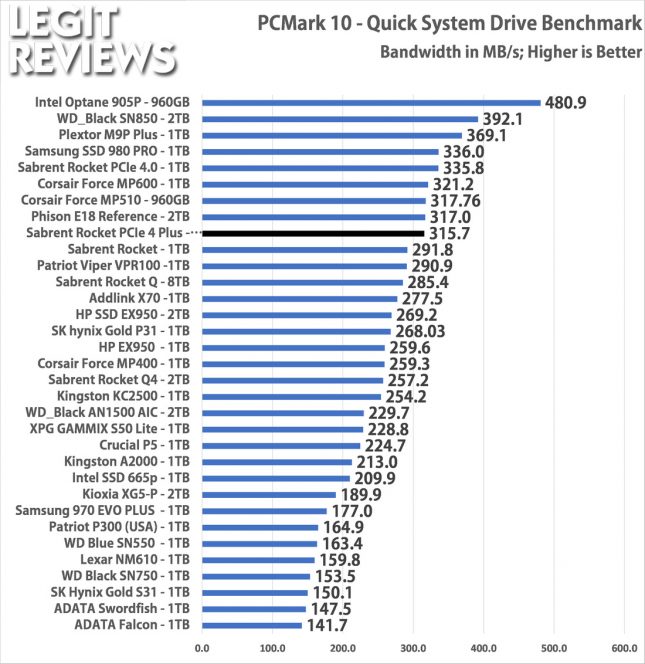 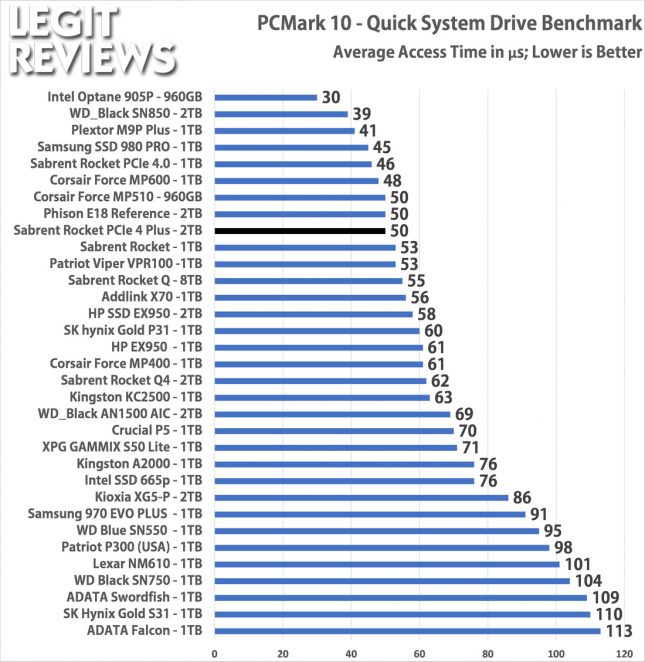 The average access time on the Sabrent Rocket 4 Plus and the Phison E18 development drive were both 50 microseconds for the quick system drive benchmark workload.