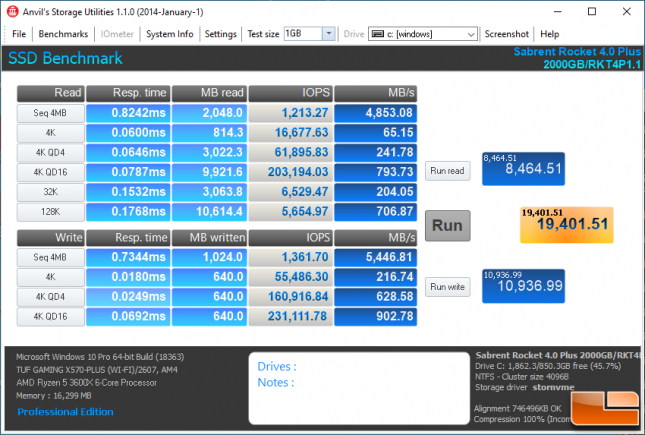 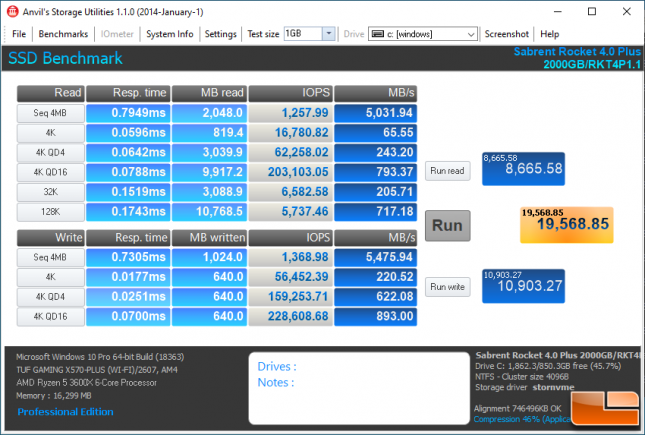 Benchmark Results: The benchmark results from the most recent build of Anvil SSD Benchmark showed that with 100% compression (incompressible data) that the Sabrent Rocket 4 Plus 2TB development drive scored 19,401.41 points in the standard test with 100% compression. The Phison E18 reference drive scored 19,449.39 points on this same test, so we are basically mirroring the reference drive from what we can tell. This makes sense as both have the same Phison E18 controller, NAND Flash, cache chip and very similar firmware. 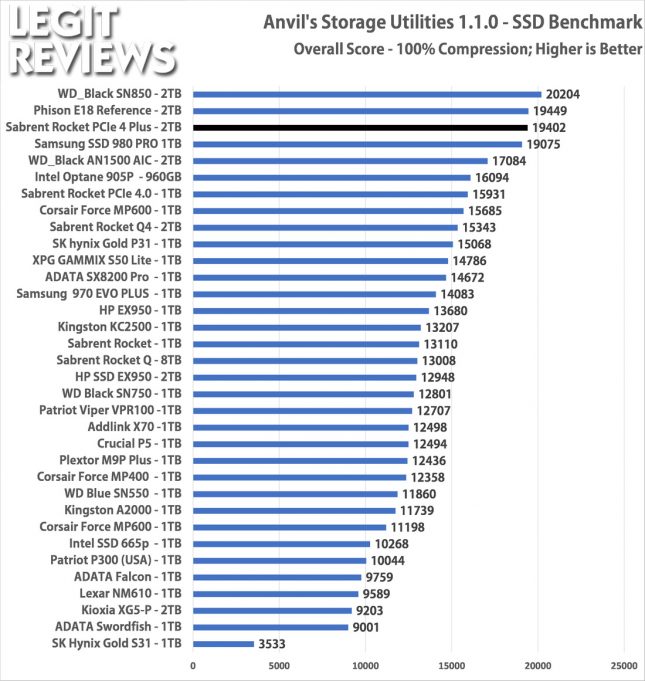 This level of performance puts makes the Sabrent Rocket 4 Plus 2TB drive near the top of the chart as it is up there with the WD_BLACK SN850 and Samsung SSD 980 PRO. Keep in mind that the Samsung SSD 980 PRO only is available in capacities up to 1TB and this is a 2TB drive!