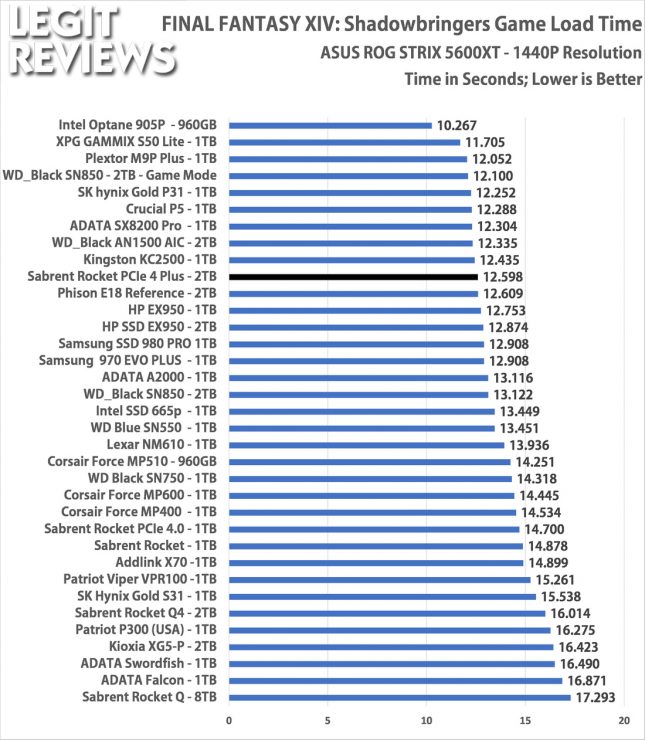 Benchmark Results: When it comes to game load times the Sabrent Rocket 4 Plus 2TB NVMe SSD came in at 12.6 seconds and that puts it in the upper half of the performance chart.