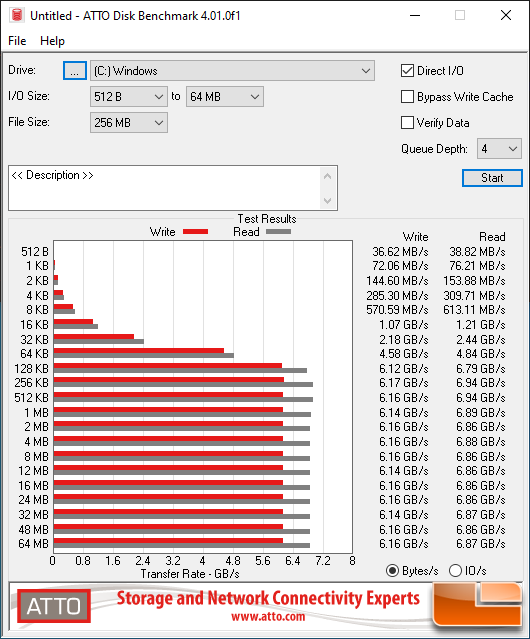 Benchmark Results: On ATTO Disk Benchmark we found that the Sabrent Rocket 4 PLUS SSD topped out at 6.17 GB/s write and 6.94GB/s read at the standard queue depth of 4. These are amazing speeds and we are finally seeing the true potential of PCIe Gen 4 drives! 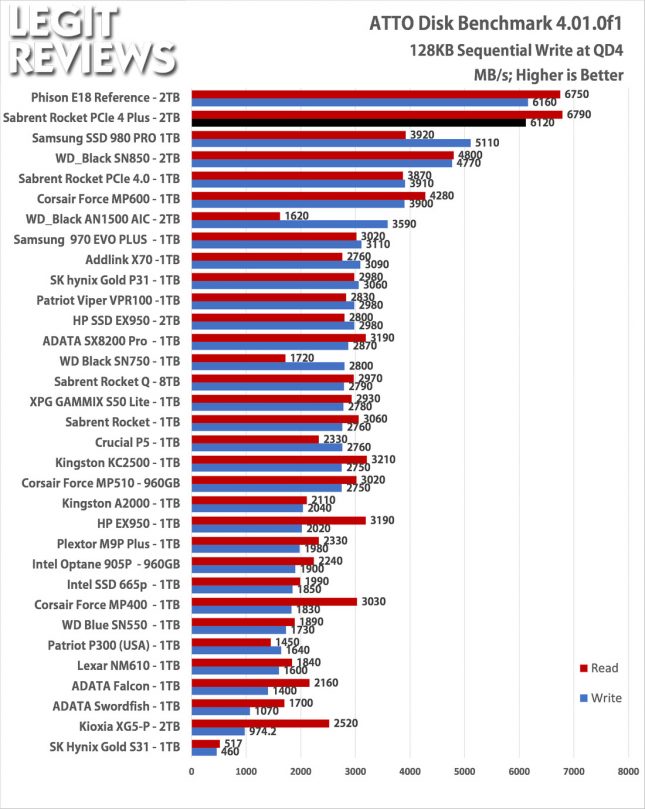 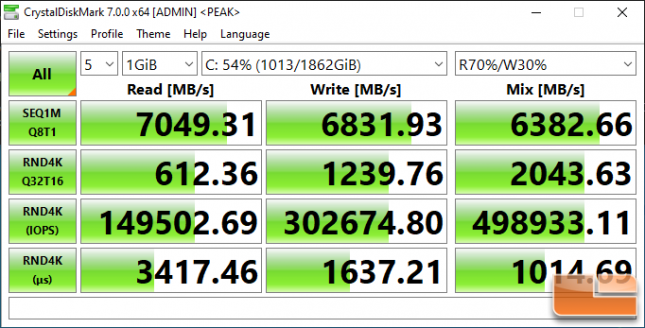 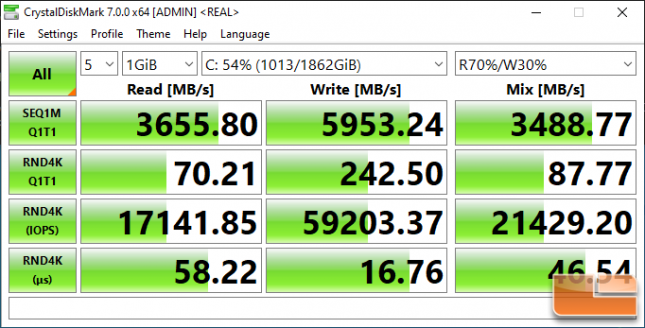 Benchmark Results: The Sabrent Rocket 4 Plus 2TB NVMe SSD came in with scores of 7,049 MB/s read and 6,831 MB/s write on CrystalDiskMark 7! The Random 4K performance at QD1 was 70 MB/s read and 243 MB/s write. Very solid scores for an AMD Ryzen 5 3600X system with no optimizations and a standard install of Windows 10.