For todays tests we will be comparing the Prolimatech Panther against the Cooler Master V8 as well as the stock Intel LGA 1155 retail box CPU cooler. 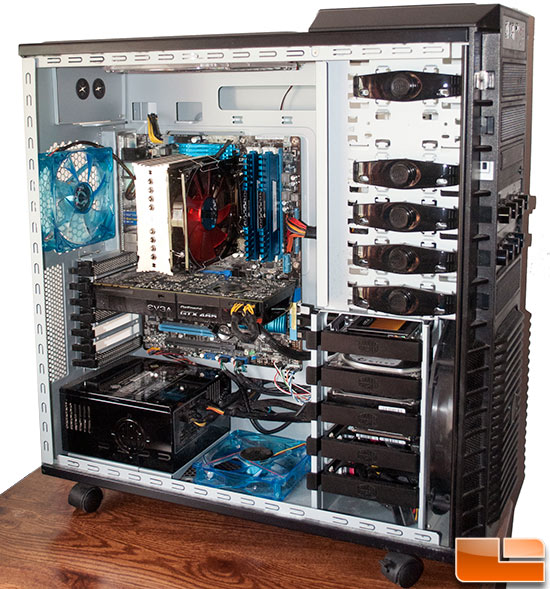 Here is a short list of the parts that make up the test system:

For monitoring all temperatures I am using Coretemp. For idle temperatures, the computer was left unused for 15 minutes at desktop allowing it to settle. For load temperatures, prime95 was used, and ran for 20 minutes using the default blend setting. The CPU was tested at stock speeds with turbo enabled. Our overclocked tests were run at 4.8 GHZ using 1.46v to maintain stability. All tests are done using Arctic Cooling MX-2 thermal paste. Temperatures shown will be the average of all four cores. 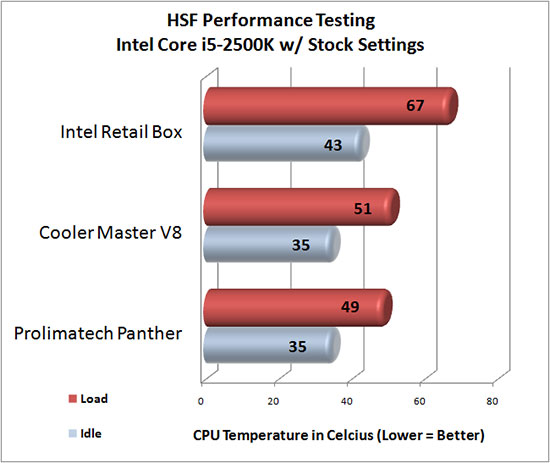 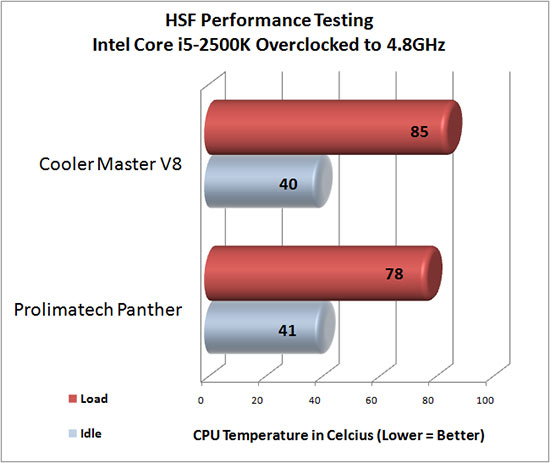 When the CPU was overclocked to 4.8 GHZ you really see that the Panther can handle the load heat much better than the Cooler Master V8 could. At full load neither cooler was silent, but the Panther was considerably quieter than the V8 was.