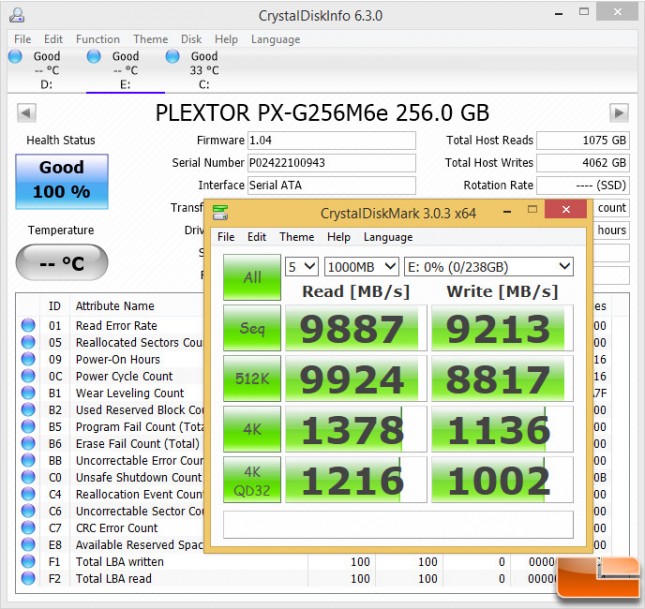 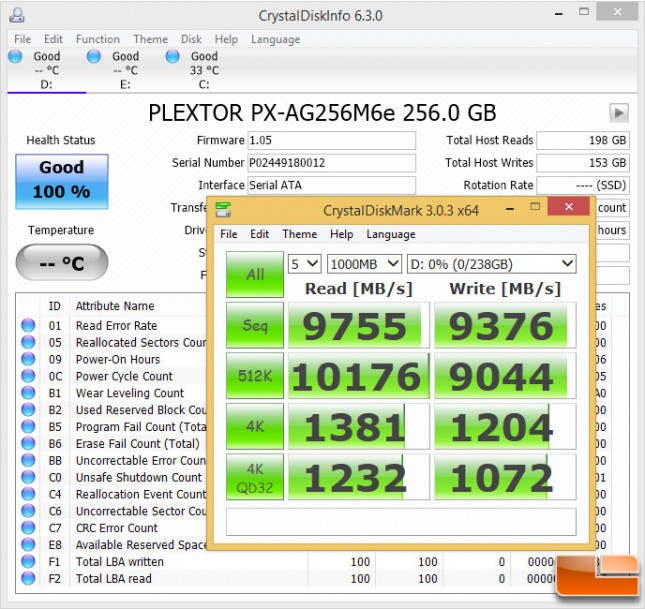 Benchmark Results: We were shocked to find out that both the M6e and M6e Black Edition could run the new PlexTurbo 2.0 utility just fine. We originally thought that this would be a feature unique to the M6e Black Edition, but we tried it out on our original M6e drive with firmware v1.03 and v1.04 and it worked perfectly. With PlexTurbo 2.0 intelligent SSD software cache technology enabled we saw a major performance boost in CystalDiskMark as you can see above. Using DRAM caching has been found to be a lot faster than using NAND Flash in an SSD, but the performance increase could actually be a decrease in some workload scenarios. DRAM Cache software has been around for a number of years, but many people that have tried it over time don’t really see and major performance benefits in real world applications as they are already running on a snappy SSD. A few milliseconds here and there are tough to sense when the access times are already as low as they are on modern SSDs.