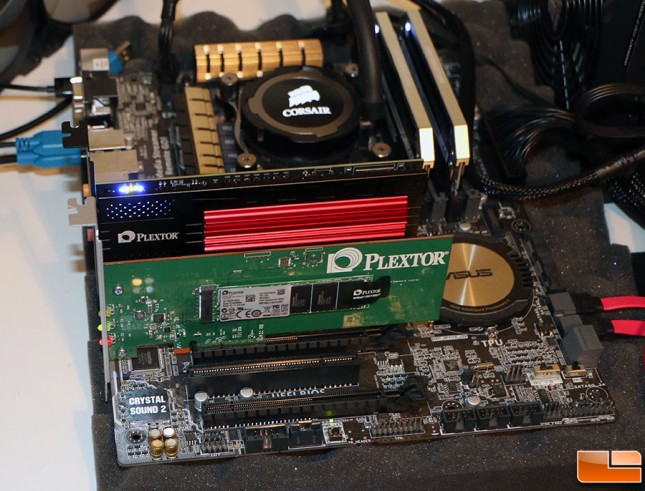 For the Plextor M6e Black Edition 256GB M.2 PCIe SSD, the readout on CrystalDiskInfo 6.3.0 shows that both NCQ, S.M.A.R.T. and TRIM are enabled. The firmware version that we are running at the time of testing was 1.05. 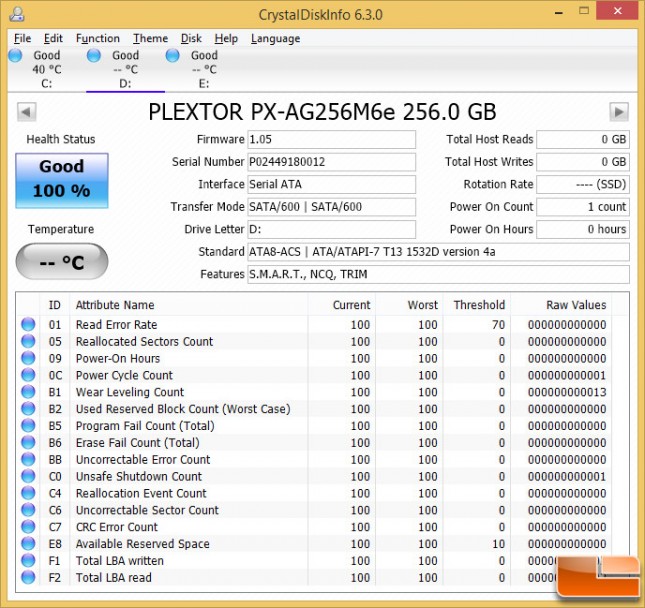