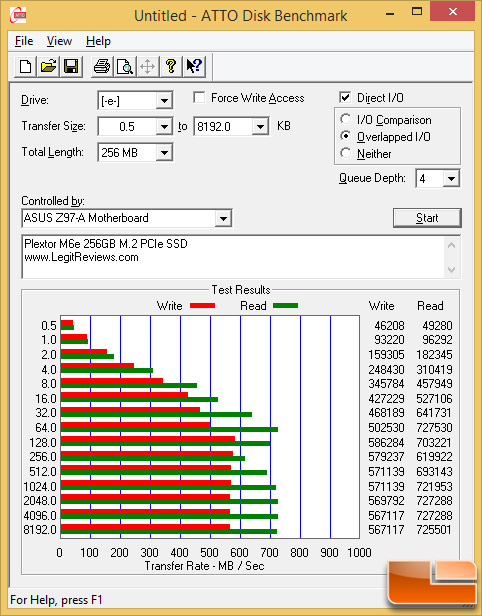 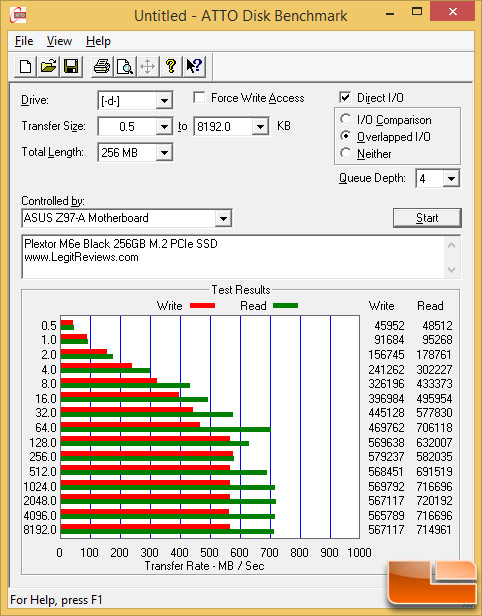 Benchmark Results: ATTO showed the Plextor M6e 256GB M.2 SSD maxing out at 727 MB/s read and 586MB/s write in the standard overlapped I/O benchmark. The new Plextor M6e Black Edition drive topped out at 720 MB/s read and 579MB/s, which is actually slightly slower than the original drive. Keep in mind that the original drive is running Firmware v1.0.4 versus v1.0.5 on the Black Edition drive. There is also a difference in the PCB design as well. Both drives are rated at 770MB/s read and 580MB/s write, so our read speeds are a bit lower than we were looking for in this benchmark.