The Phanteks PH-TC12DX is the first cooler by Phanteks that I have had the privilege of taking a look at.  After the experience, I would have no problems recommending it as a great alternative to the OEM coolers many users use.  The TC12DX is offered in four colors, which should allow it to match most color schemes.  Of course, looks are really a small part of whether or not  it should be recommended.  For me, the most important aspects are how well it can cool the CPU and what that cooling costs. 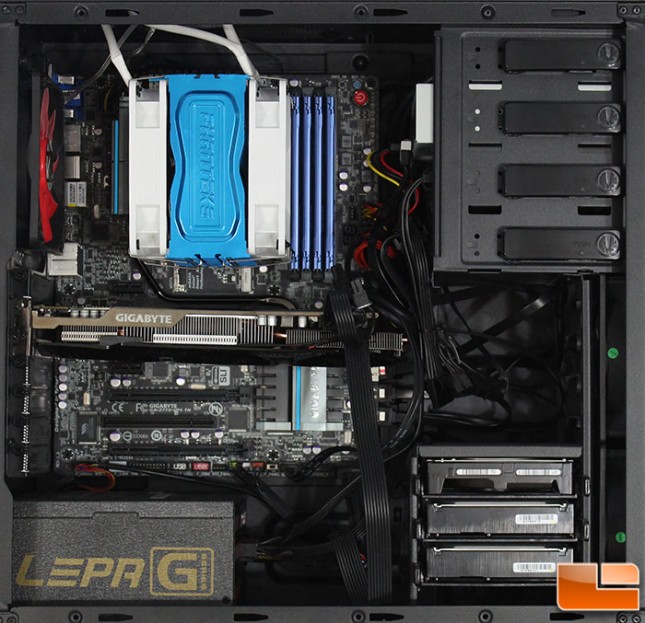 While the Intel OEM cooler does the job at keeping the CPU below the maximum threshold, keeping the CPU cooler will allow it to run better and extend its life.  For $49.99 shipped, the TC12DX dropped the temperature from the OEM cooler by 28 degrees Celsius while idle and the load temperature was dropped by 19 degrees Celsius.   Even when the CPU was overclocked to 4.4GHz the load temperatures were lower than the Intel retail boxed CPU cooler by 7 degrees Celsius!  There is a price for that cooling capabilities, the TC12DX is a large cooler, measuring 126 x 107 x 157mm (LxWxH) with both fans in place.  When coolers get this large, occasionally there are interference issues, especially with RAM slots.  Be sure to keep this in mind when choosing your components.

It includes everything necessary for most modern AMD and Intel motherboards, high quality fans, and a simplified installation.  It comes with a 5 year warranty, which is great.  However, as often as the sockets change I hope Phanteks will offer compatibility upgrades should the need arise. 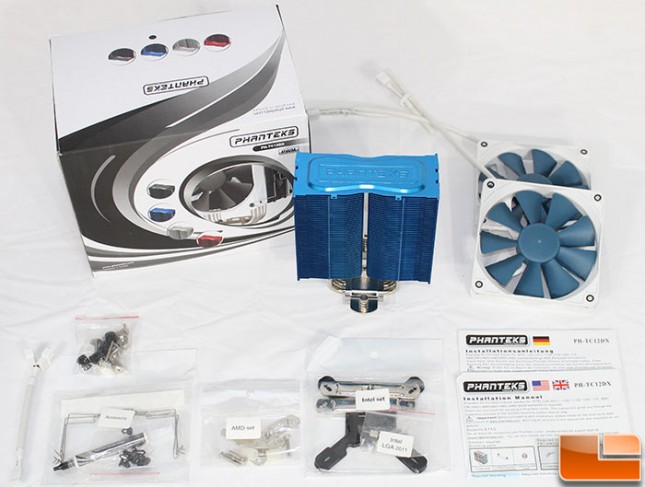 Legit Bottom Line:  Phanteks has designed a great cooler to be the little brother version of the TC14PE.  It has left an impression on me, and is certainly one that I will add to my recommended list of coolers.