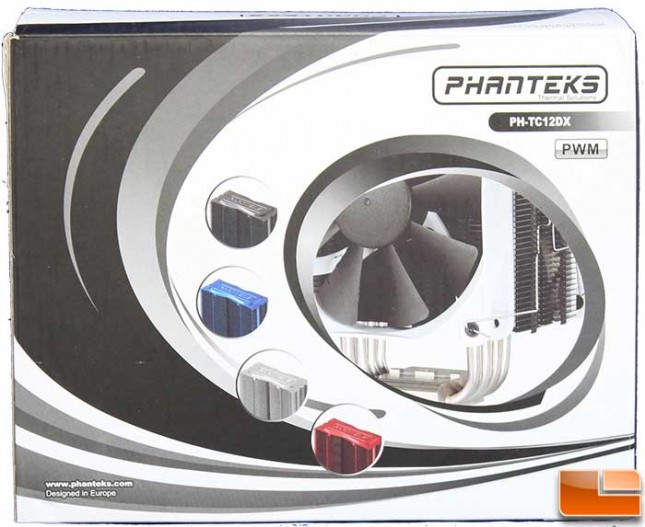 Starting at the front of the box, we can see that Phanteks has gone with a simple black and white color scheme.  On this side, we get the model name, a small view of the four colors the cooler is available in, and a little larger view of the bottom corner.  Not much information is provided here. 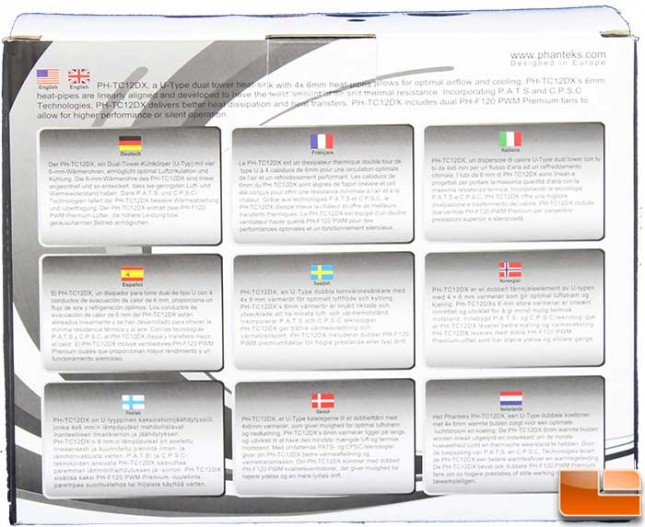 The back provides little additional information, it briefly goes over a few of the features; although it is presented in 10 different languages. 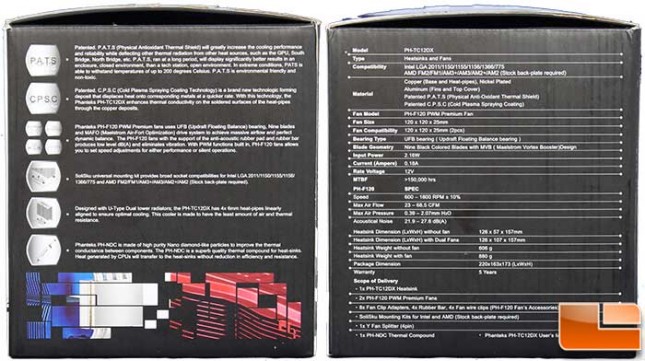 The sides are used to present all the information that a user would be interested in.  On one side it goes over the features such as P.A.T.S. and C.P.S.C., thermal paste and some information on the fans.  The other side goes over the specifications of the cooler. 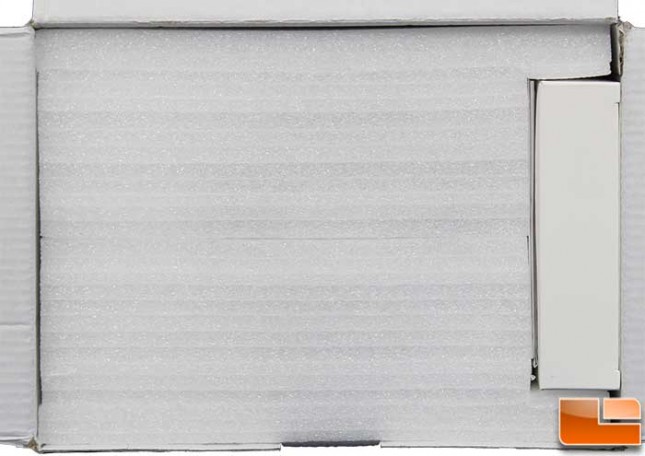 Opening the box reveals a foam box to keep the CPU cooler from getting damaged.  Accessories are packaged in their own little box, kept away from the CPU. 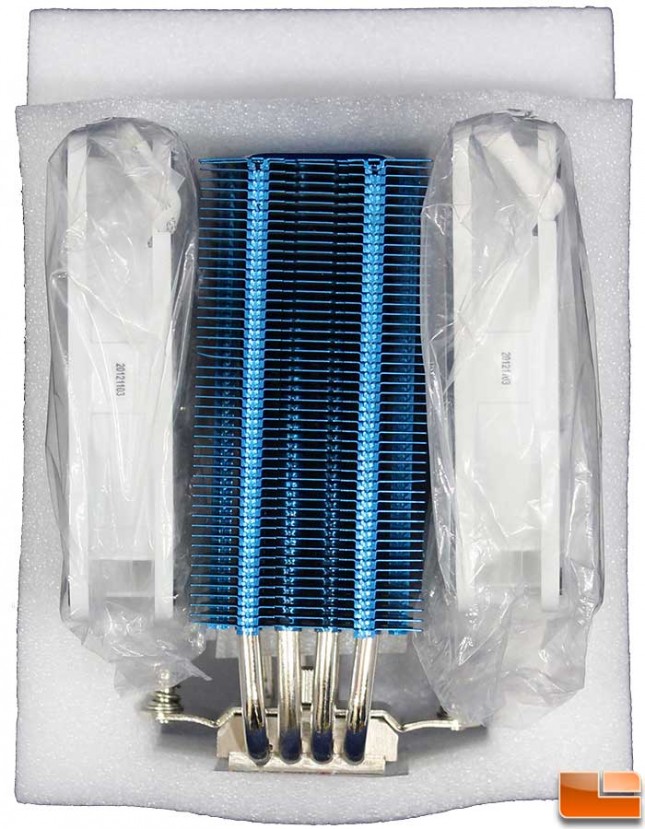 The CPU cooler is placed in a form fitted foam container, with the fans next to it; the fans are individually wrapped in a plastic bag.

Other than the two multi-language installation sheets, the generic accessories included with the PH-TC12DX CPU cooler include a Y fan power cable, a piece of anti-vibration rubber, tube of thermal paste, four fan mounting wires, and eight fan clips.  The second bag of generic accessories include four screws, spacers and caps.  Next is the AMD accessories, two brackets, four screws and four spacers.  Intel is next with the large X support bracket and two bracts.  Finally there are four additional double sided screws for Intel’s LGA 2011 motherboard.