A Closer Look at the PH-TC12DX CPU Cooler 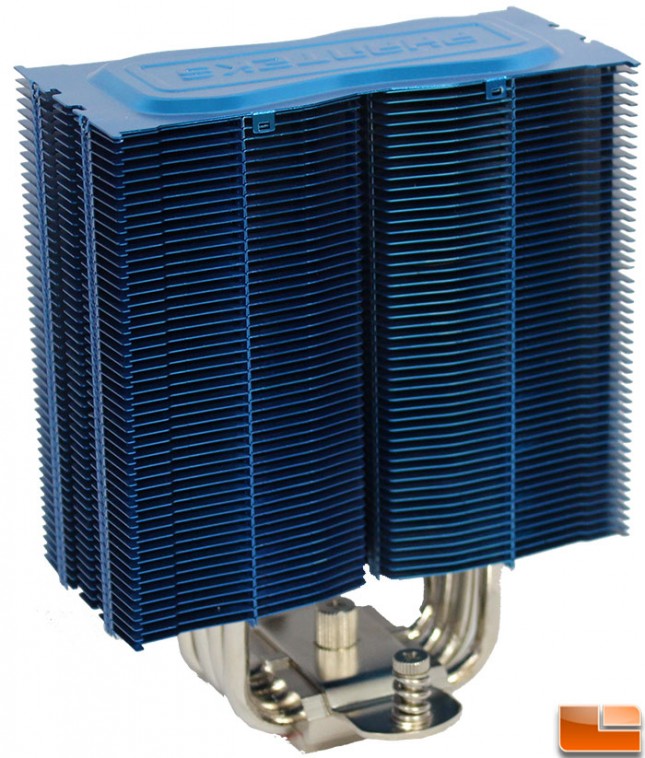 The Phanteks PH-TC12DX cooler is rather large coming in at 126 x 57mm x 157mm (LxWxH), many cases will fit coolers up to 160mm in height so it should fit in many cases.  Once the two fans are added the width goes up another 50mm.  The fins are split down the middle to allow air to flow between the two sets of fins.  On each side, there are 48 fins, plus the full length cap; both the fins and the cap are aluminum.    On the base there are three thumbscrews, two on each end and one in the middle.  The middle one secures the main mounting plate to the base, while the two thumbscrews on the end secures the cooler to the brackets on the motherboard.

I like the design of the top, the ends of the heatpipes aren’t visible so it doesn’t have an “unfinished” feel.  Phanteks has put their name on the top of the cooler, which will be visible once it is installed.  Depending on the orientation you install it, their name might look a little odd. 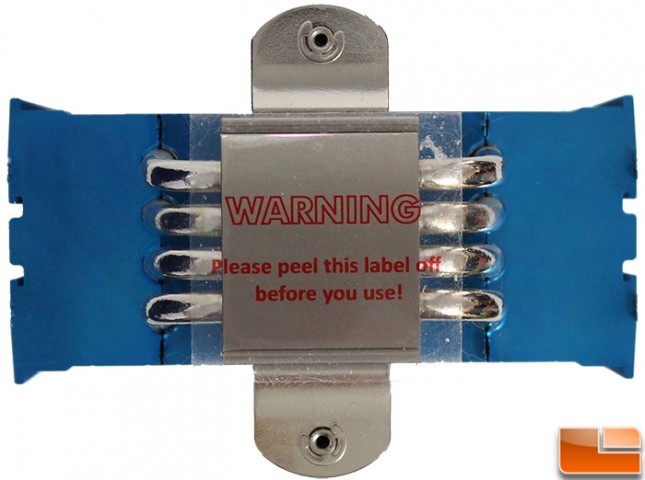 The baseplate has a piece of plastic to protect it.  Obviously it has to be removed before installing the cooler. 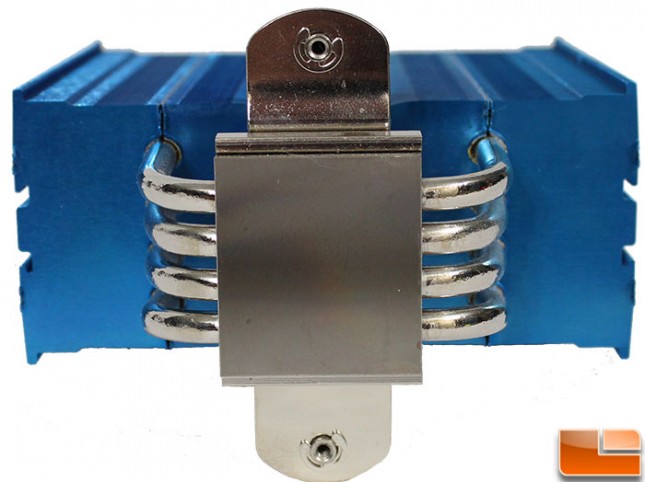 With the protective covering removed, the baseplate is visible.  It does not have a mirror finish, however it is smooth and appears to be flawless.  The four U shaped heatpipes go through the baseplate, so they are not in direct contact with the CPU.  The base and heatpipes are made out of cooper, with a nickel plating. 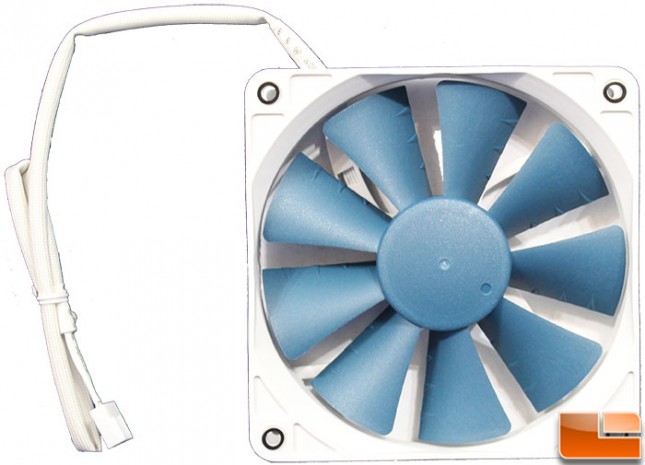 Upon a closer look at the included fans, the MVB(Maelström Vortex Booster) feature can be seen on the blades.  The fans measure 120 x 120 x 25mm (LxWxH), which comes to the 50mm addition to the width of the cooler once they are attached.  The fan cable is nicely wrapped in a rubberized fabric wrap, the wrap itself is white to match the fan housing, and covers the entire length of the cable.  At the ends of the wrap, shrink tubing has been used to make a nice neat finish. 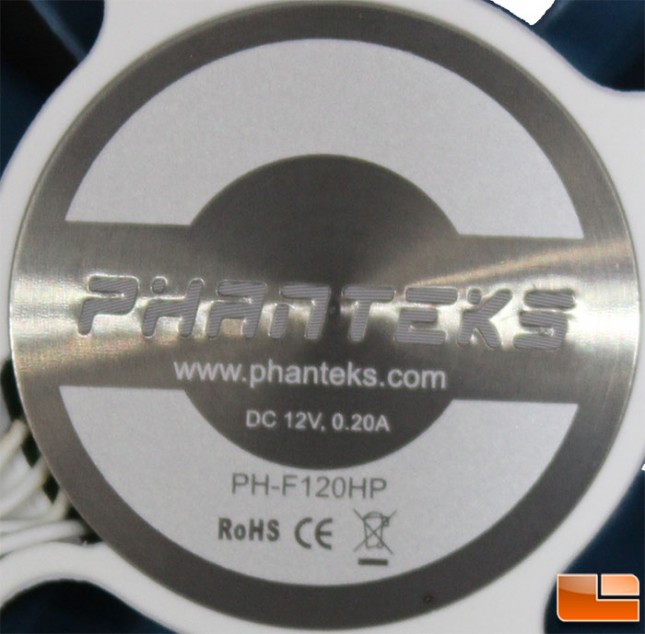 On the other side of the fans is a label which provides the model number and a little additional information.  These fans are the PH-F120HP, which are rated for a maximum of 1800RPM with a noise level of 27.6dBA, this should make them fairly quiet and efficient.