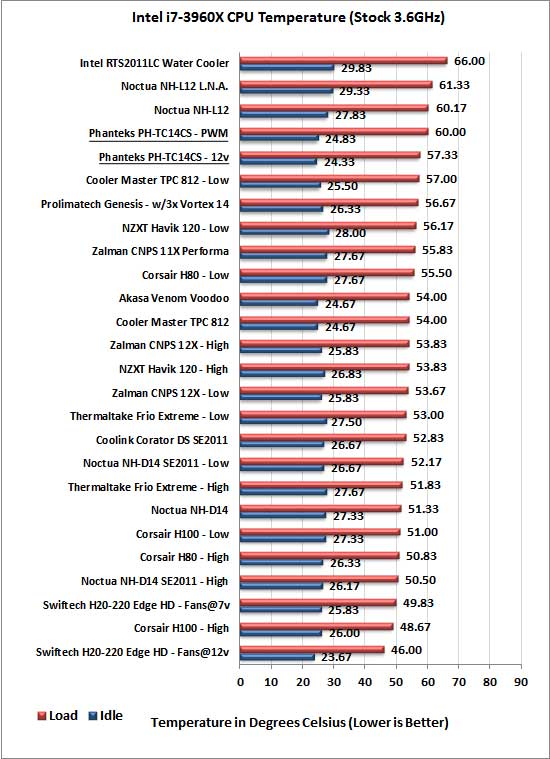 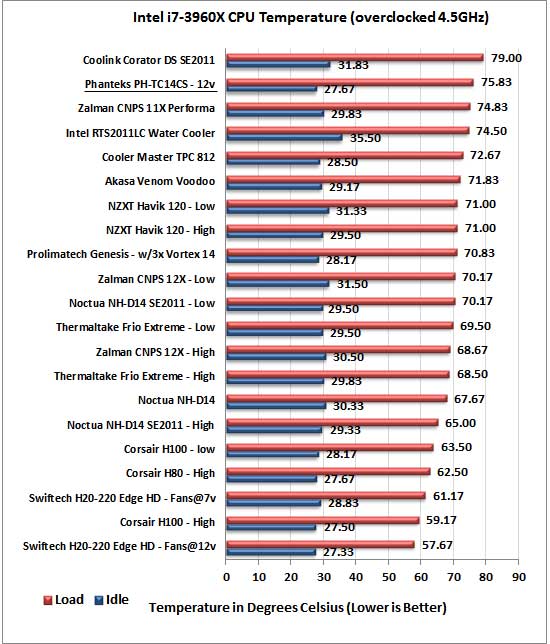 Pushing the system to 4.5Ghz the Phanteks PH-TC14CS with the PWM adaptor could not cope with the heat. Soon as I observered 1 or 2 cores going north of 82*C the system would blue screen. With the fans running on a full 12v the PH-TC14CS come in at 75.83*C just a hair behind the budget friendly Zalman CNPS11X Performa. The Prolimatech Genesis pulls ahead by 5 degrees, but the Genesis is a much larger cooler with triple 140mm fans 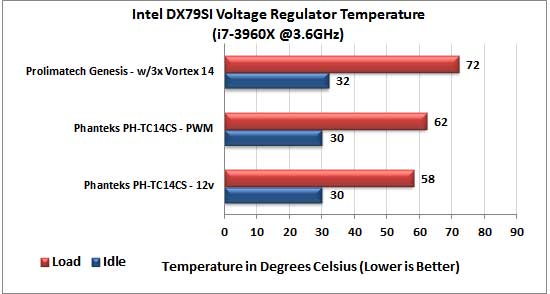 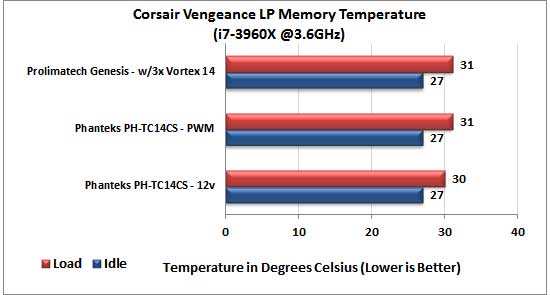 Since this is a down draft cooler I took some readings from the motherboard to see how some of the component were affected. With the system running at stock settings the Voltage Regulators with the Phanteks PH-TC14CS were cooled much better than with the Prolimatech Genesis. The RAM was pretty consistent with both coolers. 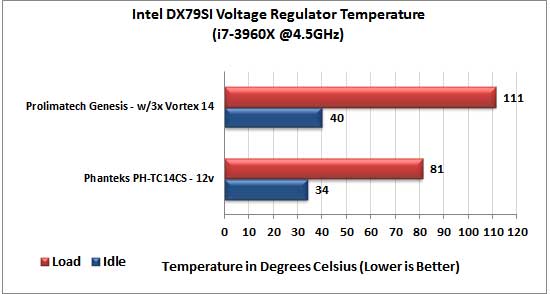 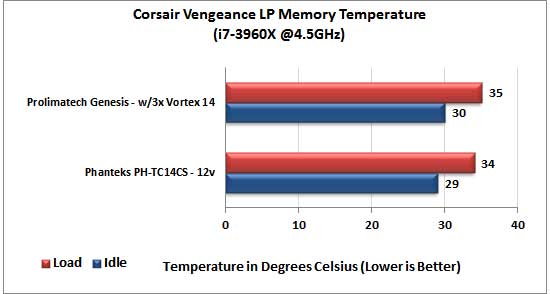 With the system pushed to 4.5Ghz there was a very large gap show up between the PH-TC14CS and the Genesis. The Genesis was a toasty 111*C where the PH-TC14CS was 30 degrees cooler. The RAM temps were not much warmer than at stock.