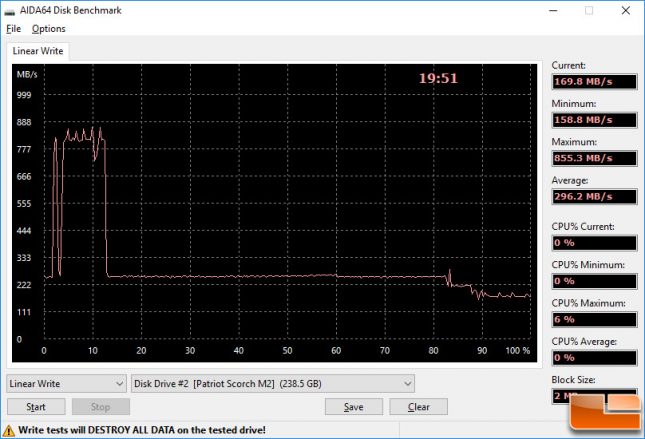 When you take a look at extended sustained write performance you’ll see that the performance started out at around 300 MB/s and then jumped up to around 800 MB/s before dropping back down and then rising back up to almost 855 MB/s. After about 12.5% of the drive was full performance flat lined down to just under 300 MB/s until the drive had about 85% of the capacity filled. Once that point was reached the drive actually got so hot that it started to throttle due to running at over 80C. At this point in time the firmware algorithm kicked in and slowed the drive down to keep the drive from failing. During this high-temperature period the performance of the drive dropped down to under 160 MB/s. So, we learned a few things by running this one test. Once the drives cache fills up, data is written directly to the TLC NAND Flash memory at around 300 MB/s. This drive can overheat on open air test systems (worst case scenario), but luckily the thermal protection settings kicked in and saved the day as it should. 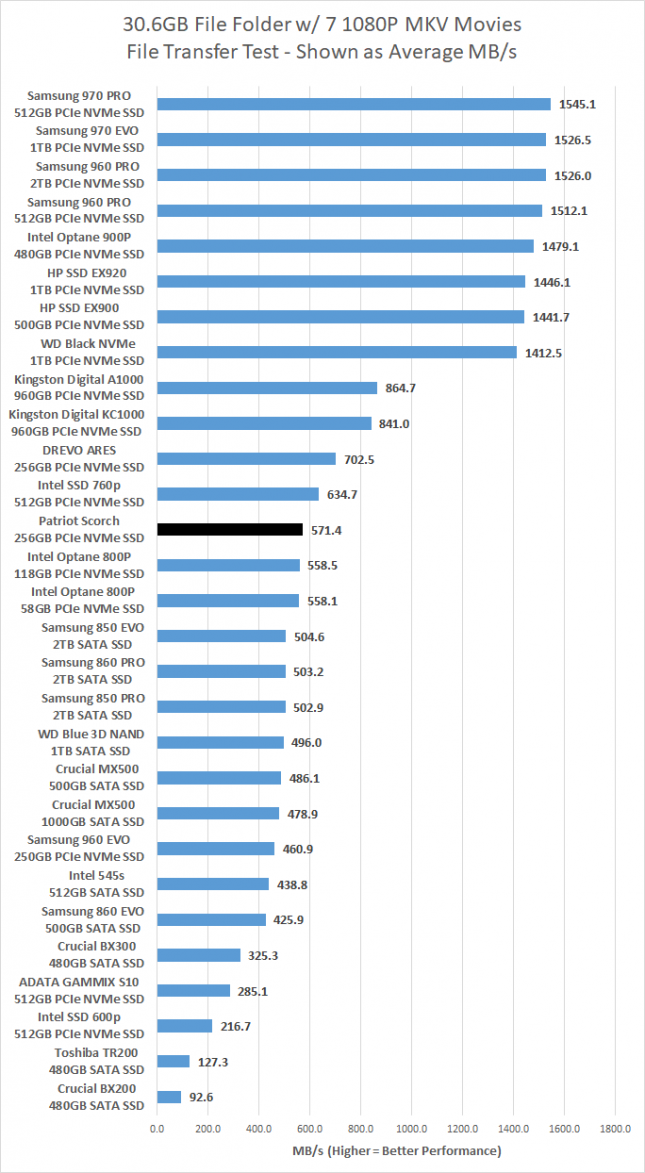 The Patriot Scorch 256GB drive finished our file transfer test at 571.4 MB/s, which puts it in the middle of the pack for this test. We were impressed though as it did finish faster than some PCIe NVMe drives like the Intel Optane 800P 118GB, Samsung SSD 960 EVO 250GB, ADATA GAMMIX S10 512GB, and Intel SSD 600p 512GB drive. Not grand slam performance, but it was able to perform better than the Samsung SSD 960 EVO 250GB drive and that is impressive!