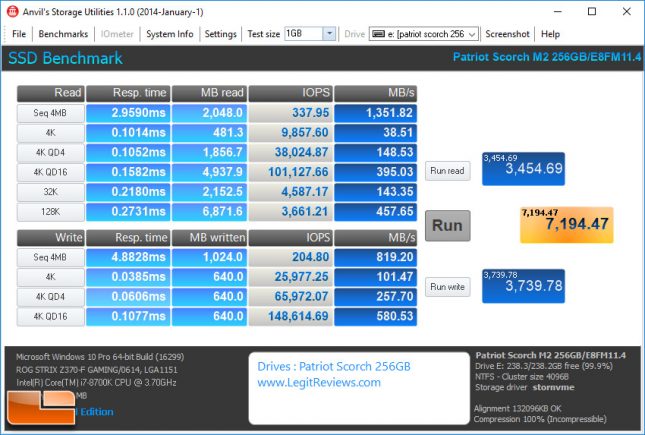 Benchmark Results: The Anvil SSD Benchmark showed that with 100% compression (incompressible data) the Patriot Scorch 256GB drive had an overall score of 7,194.47 points. The drive topped out at 1,352 MB/s read and 819 MB/s write speeds on the sequential performance test with 4MB file sizes. 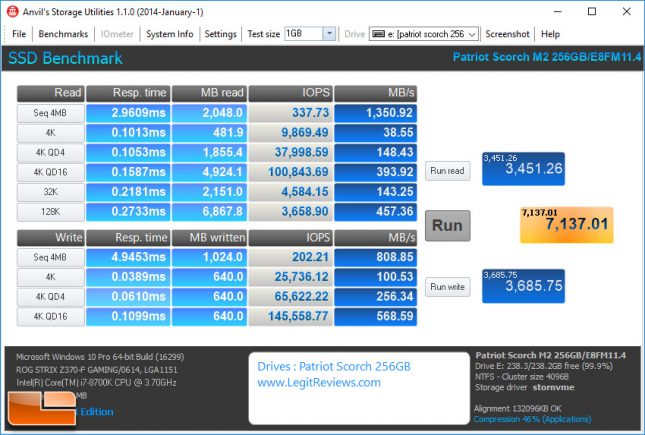 Benchmark Results: With the compression at 46% to help mimic real world applications better we found the overall score improved to 7,137 points, which is a slight performance drop. 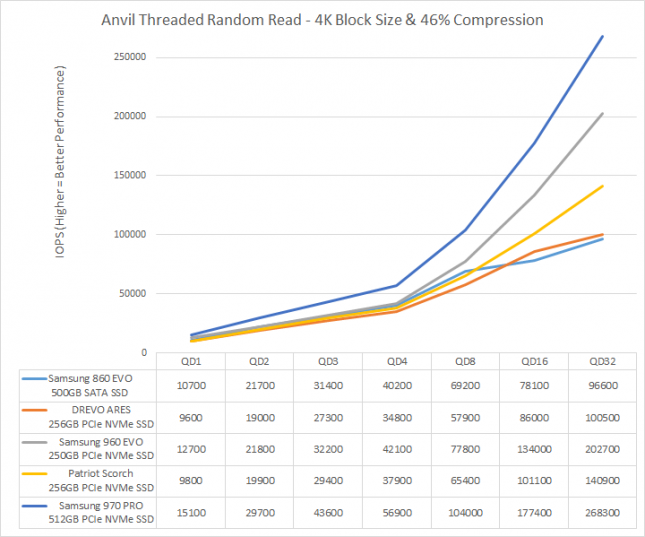 Benchmark Results: When it comes to Random 4K Read performance at various queue depths we see the Patriot Scorch doing okay when compared against drives of this capacity like the Samsung SSD 960 EVO 250GB and the DREVO ARES 256GB. 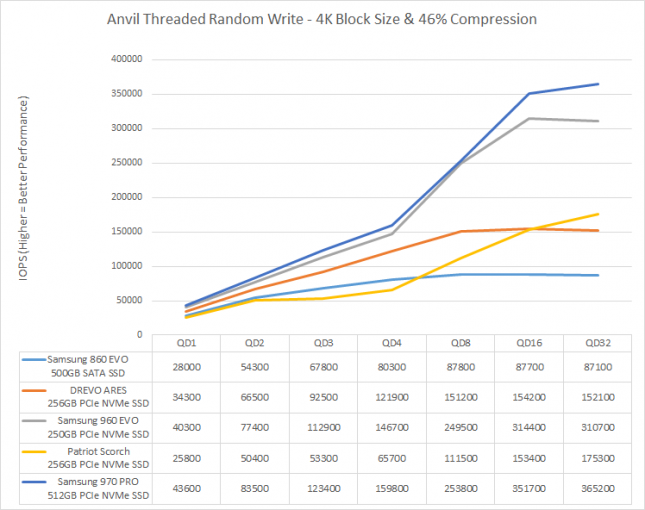 Benchmark Results: The 4K Random Write performance had the Patriot Scorch 256GB drive being the slowest of the group in the QD 1-4 range, which is most used. The performance at QD3 and QD4 was much lower than expected, but this is an entry level NVMe drive.