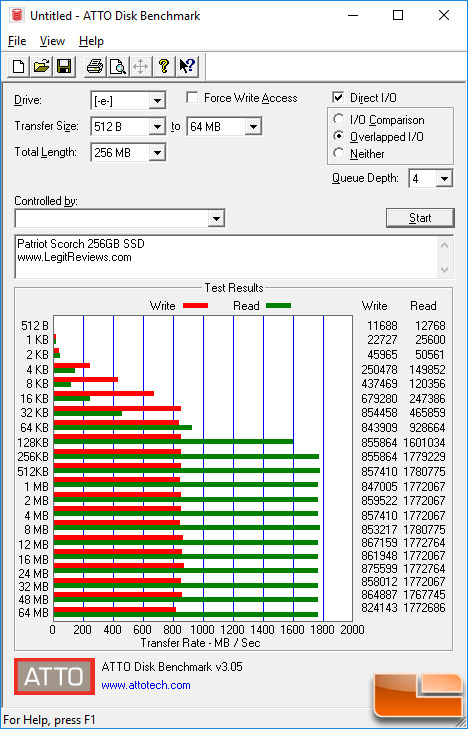 Benchmark Results: ATTO showed the Patriot Scorch 512GB M.2 PCIe NVMe drive reaching speeds of up to 1781MB/s read and 876 MB/s write in the standard overlapped I/O benchmark. This drive is rated at up to 1700 MB/s max sequential read and 780 MB/s max sequential write, so we are getting well over those speeds. 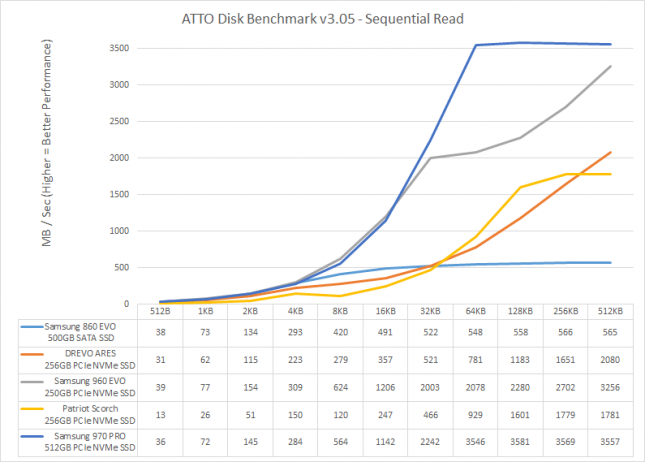 Benchmark Results: Compared to some other SATA III and PCIe NVMe SSDs, the Patriot Scorch 512GB drive started out a little slow, but by around the 64KB file size the transfer speeds were able to pass the Samsung SSD 860 EVO SATA III drive and was competitive with the DREVO ARES 256GB drive. 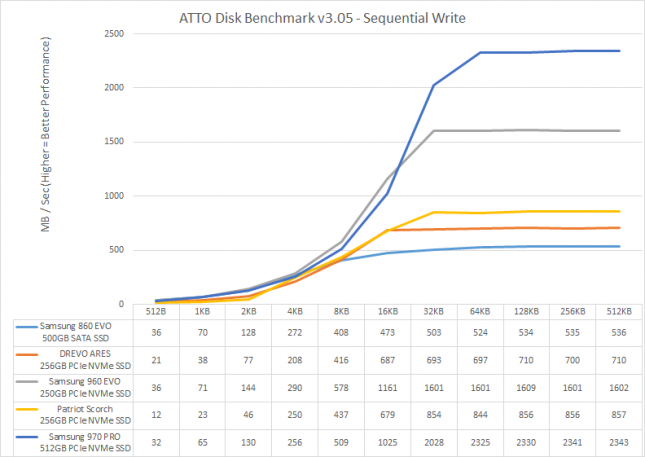