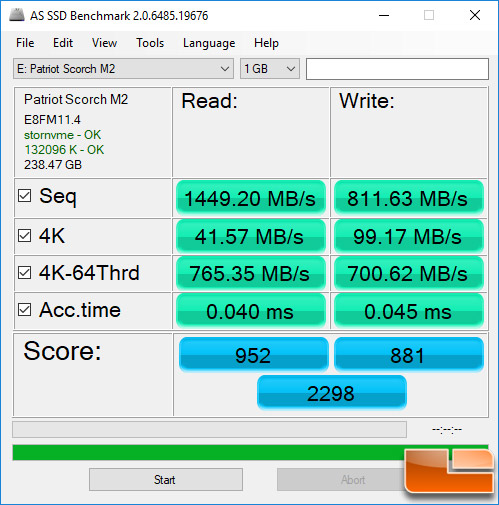 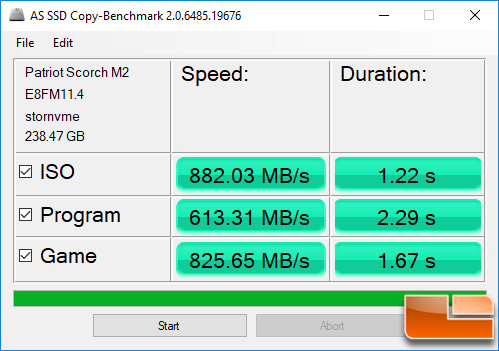 Benchmark Results: The copy benchmark test results were ranging from 613MB/s in the Program to 882 MB/s in the ISO benchmark. 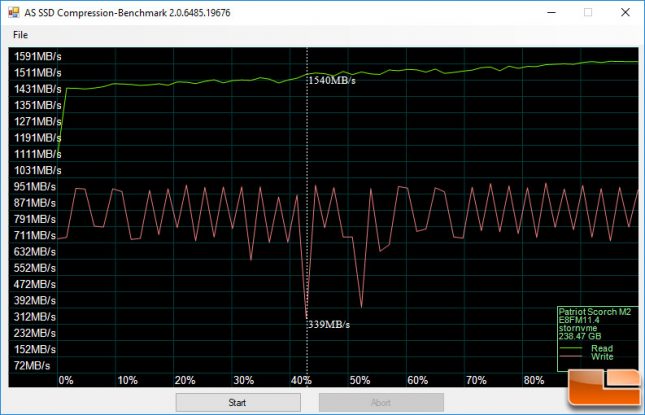 Benchmark Results: For this benchmark chart you would ideally want to see a straight line as you don’t want any compression performance loss as the test goes from 0% compressible to 100% compressible data during the benchmark test period. The Patriot Scorch 256GB drive performed really didn’t perform too hot on this benchmark as we discovered compression does impact read speeds and the write speed were all over the place with dips down to 339 MB/s with peaks around 950 MB/s.