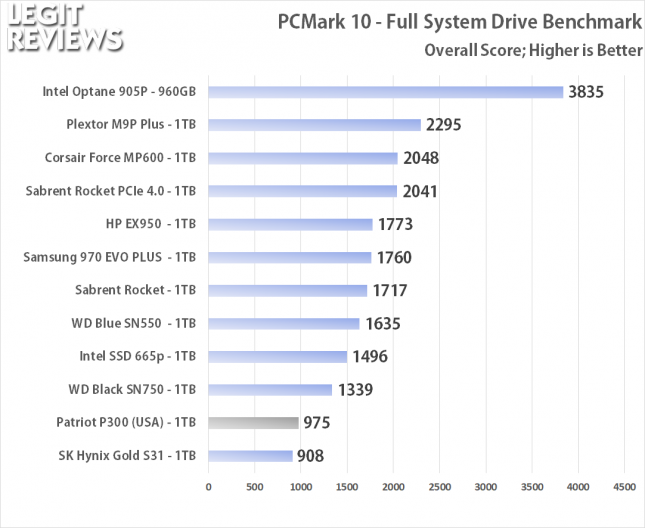 On the full system drive benchmark the results show the Patriot P300 1TB drive is by far the lowest performing NVMe SSD. The only drive that it performed better than is the lone SATA III SSD in the charts, the SK Hynix Gold S31, and it was able to best that drive by about 7 percent. 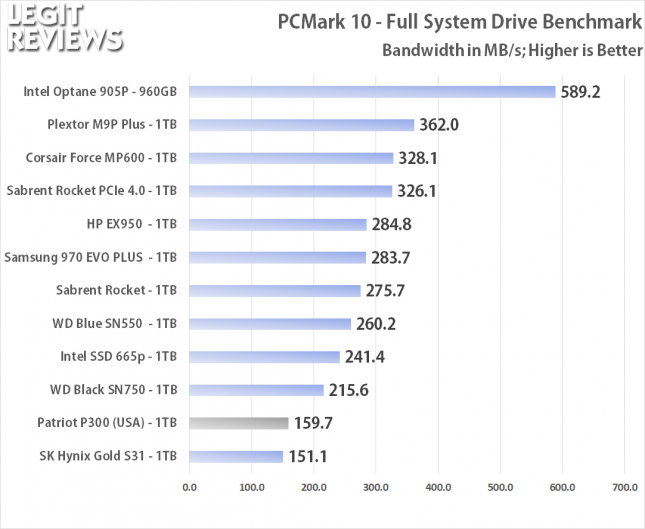 The PCMark 10 Storage Benchmarks overall score is calculated from the bandwidth and average access time sub-scores. The bandwidth subtest is defined by UL in PCMark 10 as bandwidth = bytes / busy_time_for_read_and_write. Here Patriot P300 coming in at 159.7 MB/s for the bandwidth score. Not the best as you can see from the image above. 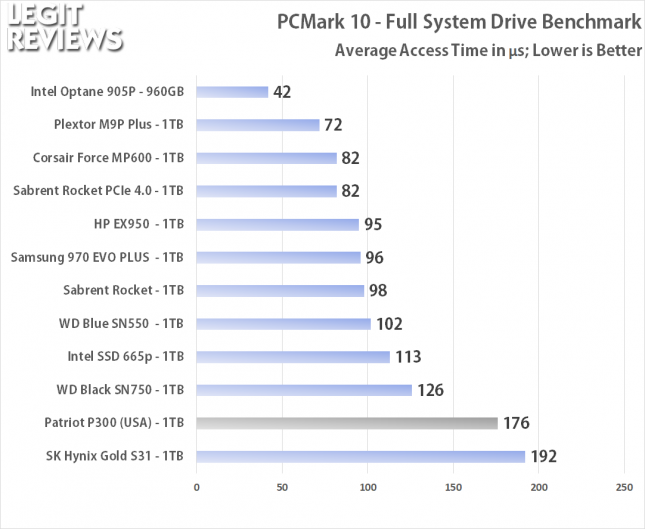 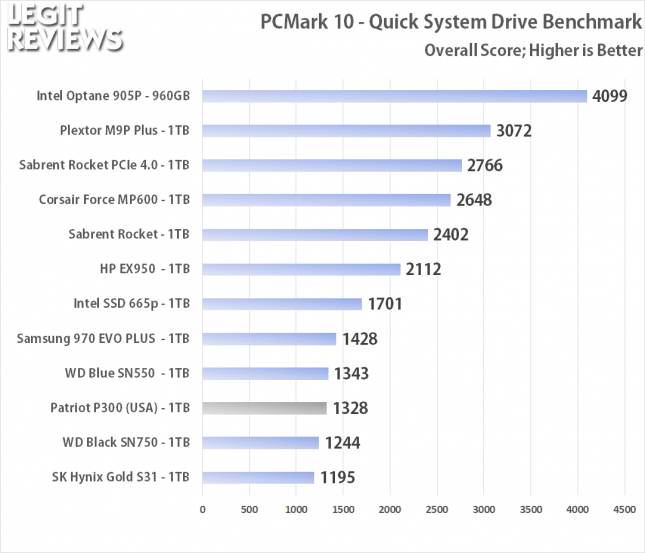 On this lighter workload the Patriot P300 appears to do better as it moved up a spot and is no longer the slowest NVMe SSD of the group! 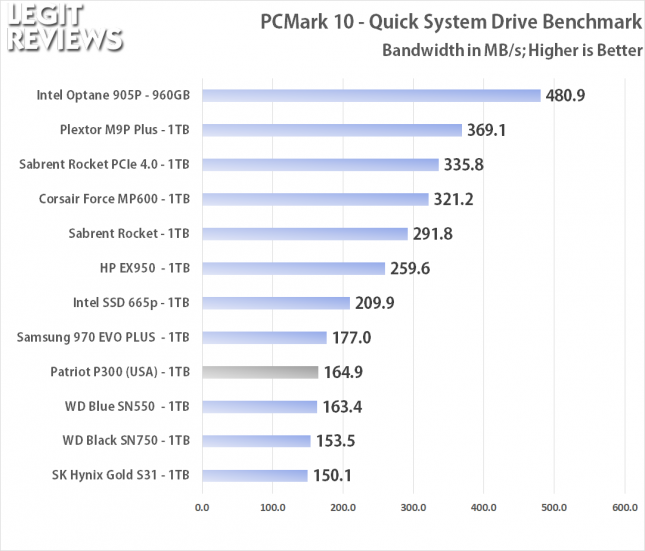 The Patriot P300 moved up another spot in the PCMark 10 quick storage drive benchmark bandwidth test result with a score of 164.9 MB/s. 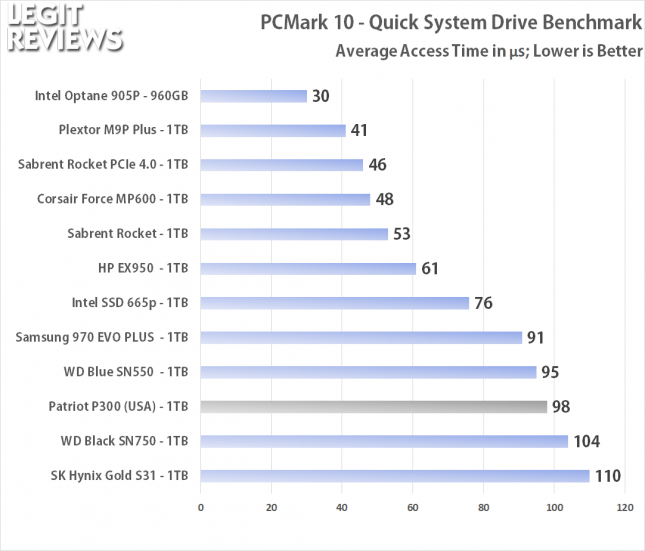 The average access time on the P300 1TB drie was 98 microseconds.