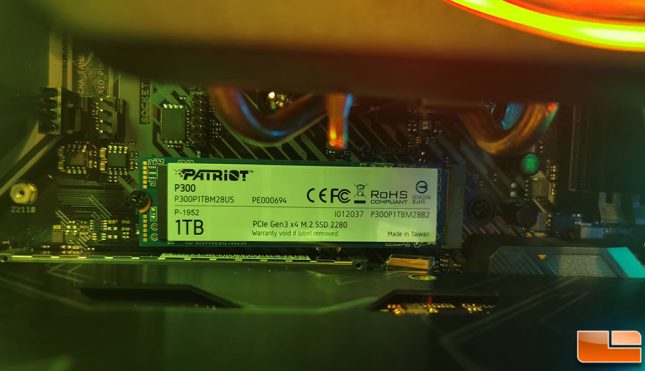 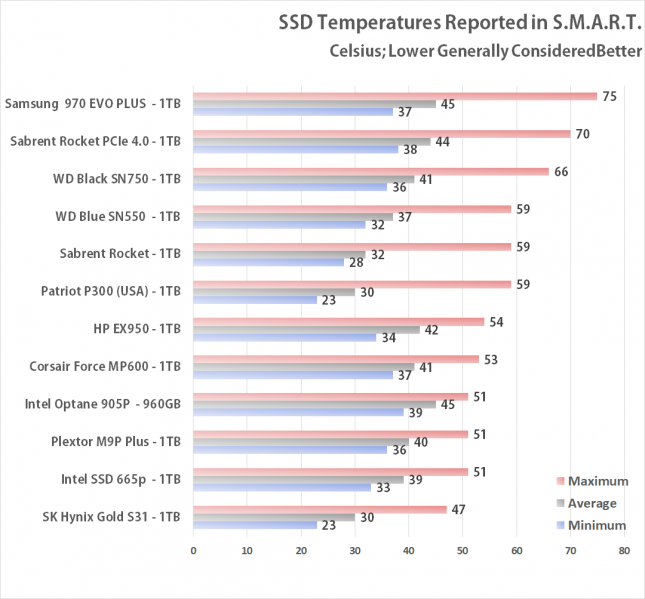 Using the S.M.A.R.T. temperature sensor we found the Patriot P300 1TB drive had a minimum temperature 0f 23C, an average of 30C and a maximum of 59C. This drive runs on the cooler side and we did not experience any throttling during testing.