The Samsung Galaxy S5 has a removable back cover, so the Patriot iON charging back totally replaces the back cover. The Galaxy S5 simply snaps into place, once it is installed, you still have full access to the camera, the LED lights and the rear speaker. 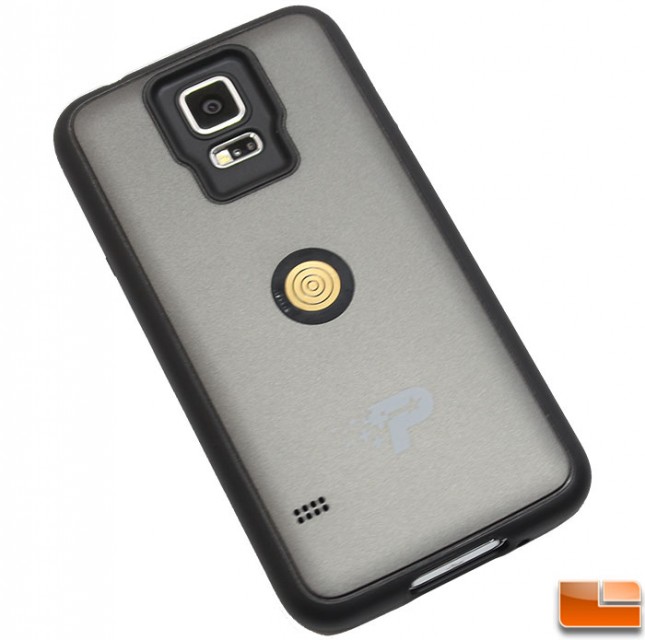 Charging the phone is simple, place the device onto the Fuel iON charging stand in the approximate area for the magnets to connect. They are strong enough that once they get within a few inches they will guide themselves into place. 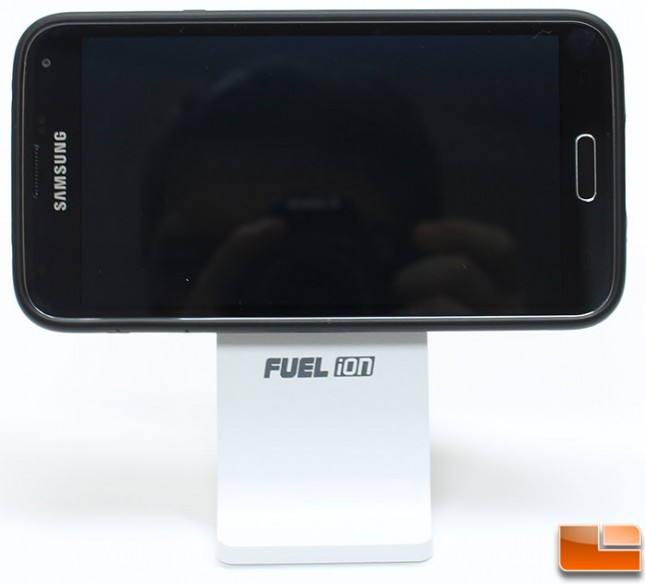 While the Patriot Fuel iON uses rare earth magnets, I was of course curious exactly how well it would hold the phone up. The magnets are strong enough to hold the phone suspended for an indefinite amount of time. 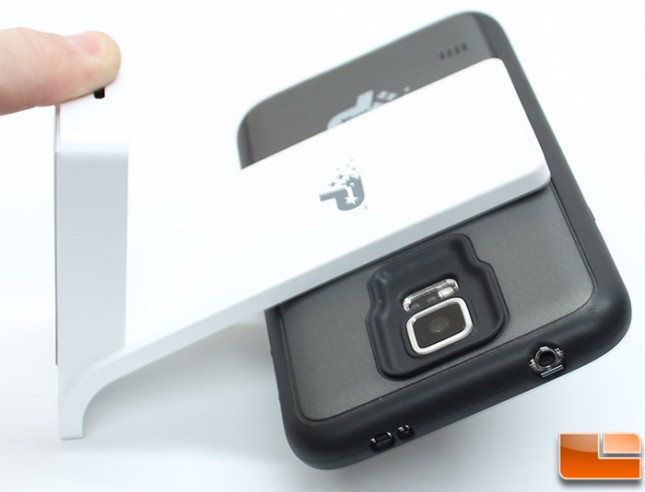 Since the Patriot Fuel iON replaces the back cover, that means that covers will no longer work on the Galaxy S5, so Patriot has developed the Fuel iON case to be a protective case. There is a small raised lip around the front screen of the device, while it won’t protect the screen from hard drops or items it should provide more protection than no case.

To keep the charging times as accurate as possible, the battery of the Galaxy S5 was drained to 1%, and placed in Airplane Mode. It was then rebooted and placed on the charger. Start and stop times were monitored until it reached a 100% charge.

Taking a look at the charging times, charging the Samsung Galaxy S5 with the Fuel iON took 11 minutes longer to charge from 1% to 100% charge; that’s around 7.7% slower charging time not exactly as fast as the wall charger, but still worth it for the ease of charging the device.