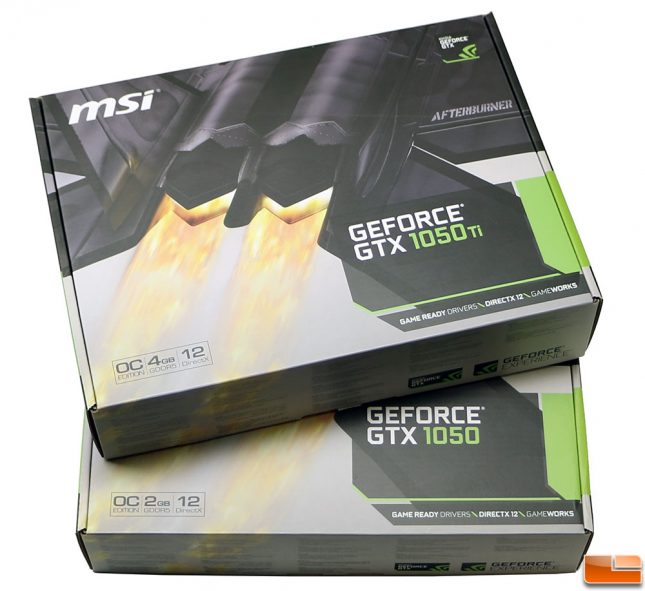 Our overclocking testing did highlight the fact that NVIDIA likely put some overclocking limits on the GeForce GTX 1050 Ti to keep the power envelope in-check. NVIDIA hasn’t given us a definitive answer on this, but we’ll be sure to update this article when they come up with an official statement that has been approved by their legal department. It used to be easy to get answers about things like that, but these days it takes longer as there are so many legal concerns.

Other review sites that bothered to do overclocking on the GeForce GTX 1050 Ti just happened to max out at the same levels that we did. The folks over at [H]ard|OCP took a look at the MSI GeForce GTX 1050 Ti Gaming X 4G, which is a card that has an external 6-pin PCIe power connector, and found rock solid clock speed consistency at both stock (1747MHz) and overclocked (1911MHz) speeds. Our speeds are not consistent without the connector and since GPU-Z shows are card being power limited we assume that the clocks are stable due to power limitations.

Despite the overclocking cap and inconsistent frame rates on the MSI GeForce GTX 1050 Ti 4GB OC we still like the card and are happy with the recommended award we gave it in our original review. The performance is awesome for this price and even when overclocked we hard a tough time getting the card over 60C and this is on one of the entry-level cards that is available for the $139 SRP. It is very hard to complain about that!

Update 1 @ 12pm CT 10/27/2016: NVIDIA PR let us know that the GeForce GTX 1050 Ti shouldn’t be locked and that there might be a bug that requires a driver update. They have pinged the engineering team to look into the matter.

Update 2 @ 3:30pm CT 10/27/2016: We have duplicated the issue on cards from EVGA and Zotac. NVIDIA is looking into a driver update to resolve the issue. It will be interesting to see how the card overclocks with this ‘bug’ removed! 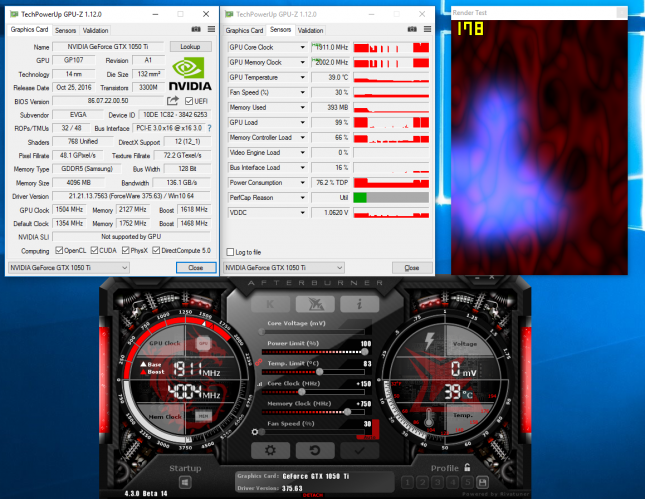 Update 3 @ 7am CT 11/01/2016: No update from NVIDIA, but our sources inside NVIDIA have said it could be weeks to get the driver fix for the OC limits we encountered rolled out.

Legit Bottom Line: The MSI GeForce GTX 1050 Ti 4G OC video card overclocks to what appears to be the limits set by NVIDIA and gets a nice little performance bump as a result.