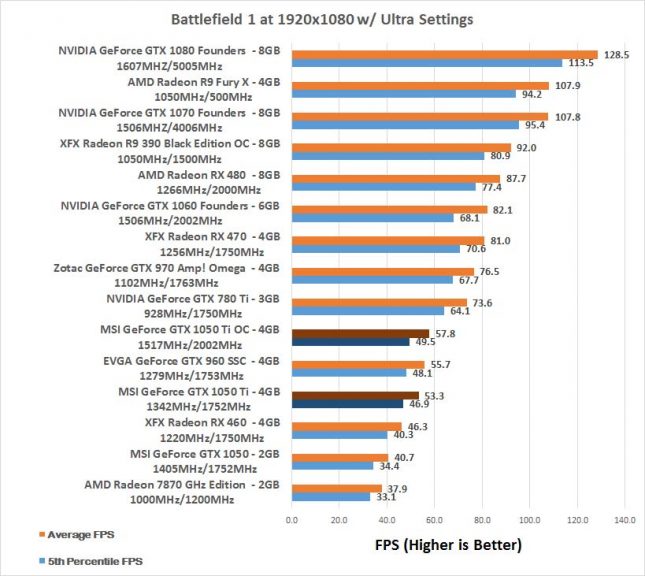 Benchmark Results: In BF1 the stock MSI GeForce GTX 1050 Ti 4GB averages 53.3 FPS and with our manual overclock we were able to improve that to 57.8 FPS. Thanks to this 8.4% performance increase, this $139 graphics card was able to beat the EVGA GeForce GTX 960 Super SuperClocked 4GB video card that came out last fall for $239.99. Pretty impressive that this generations $139 video card is able to perform on par with the previous years $239 graphics card!