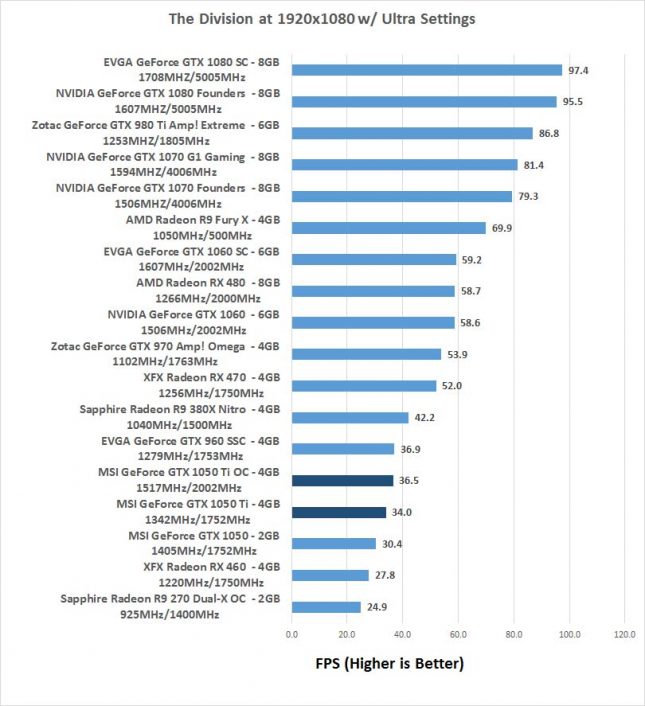 1080P Benchmark Results: The Division is pretty tough on graphics card and the and the MSI GeForce GTX 1050 Ti 4G OC averaged 34.0 FPS with the default settings and 36.5 after our tweaks in the MSI Afterburner utility.