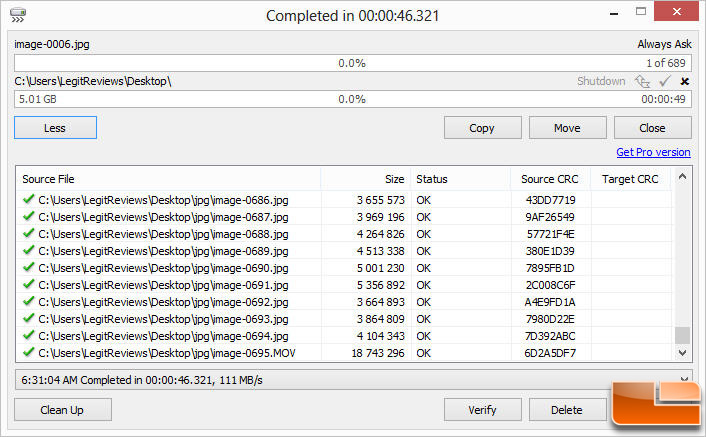 Install Results: The file copy times for the Vector 150 are very similar to that of the original Vector drive and right at the top of the comparison chart. 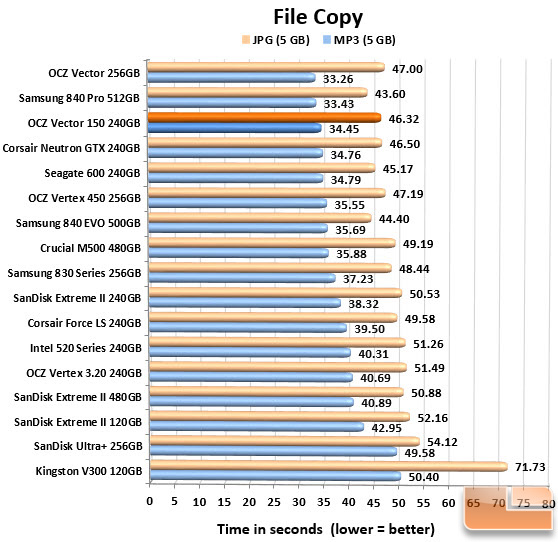 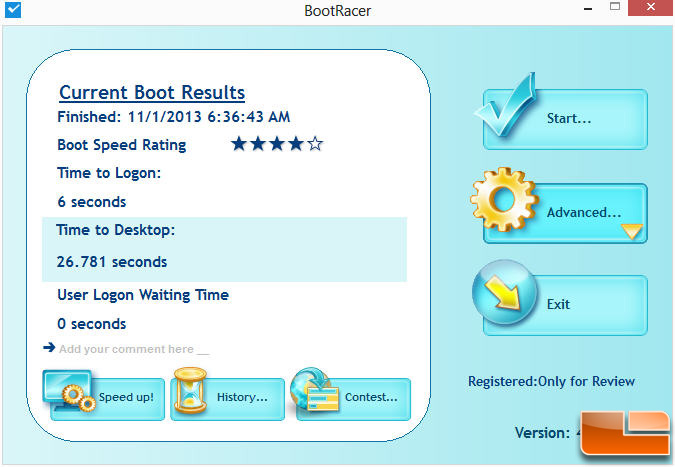 Install Results: Boot times aren’t all that diverse, separated by mere seconds but it’s a good yardstick to make sure that all is well with the drive. 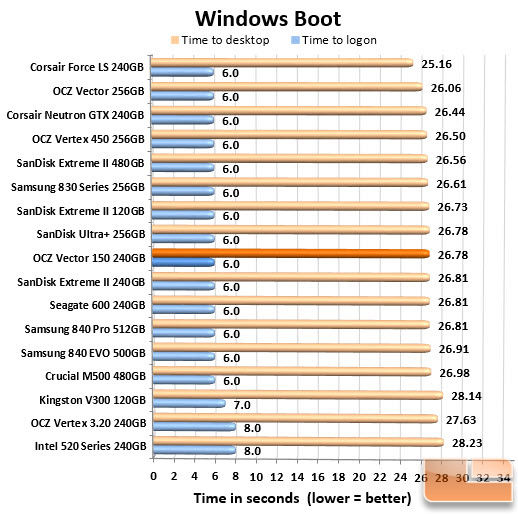