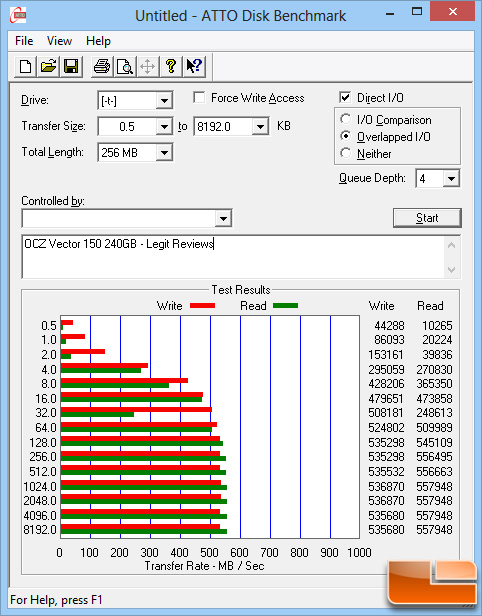 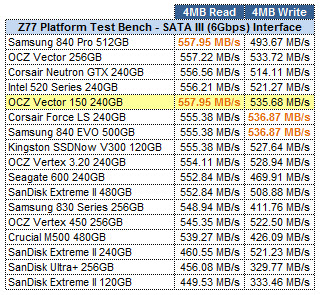 Benchmark Results: It’s no surprise that we would see the Vector 150 put up nearly identical numbers to the original Vector drive on the ATTO benchmark with both effectively topping out with some of the best scores in the comparison. 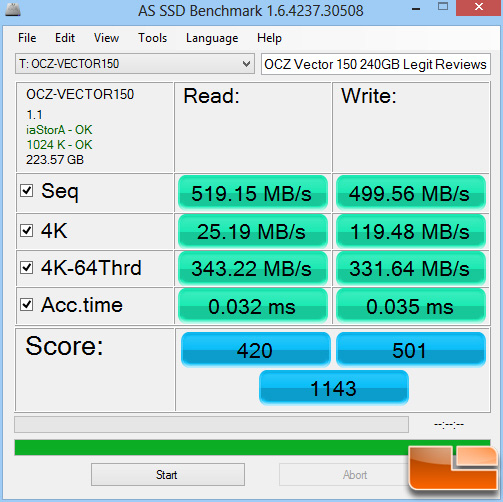 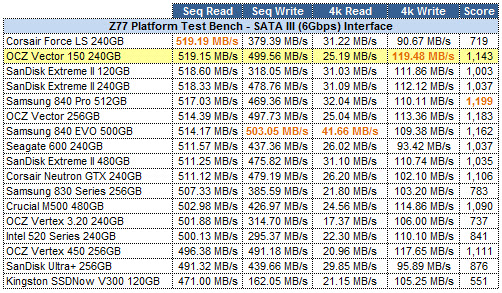 Benchmark Results: It’s with mixed data types that the Vector 150 shines with barely a noticeable performance impact which gives it great overall numbers. 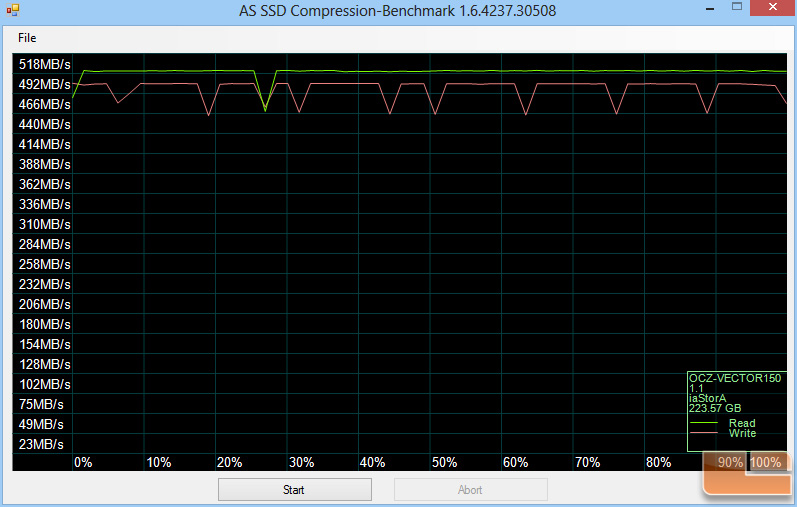 Benchmark Results: As evidenced by the graph above, the level of compressibility of the data being processed makes no difference in the performance.