Ok, with all the niceties out of the way, it is time to see how this thing holds up in our testing. First off, we will look at the results from our default speeds at idle and load settings. Once again, idle was letting the box sit at the desktop with nothing open or running, not even the screen saver. Load was tested by playing a CD in Windows Media Player, while running a SuperPi 32M test all while looking 3dMark 2006. Here we go! 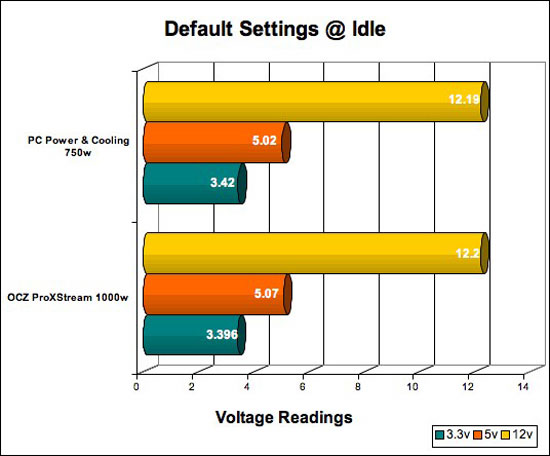 Idle results show that both the PCP&C and the OCZ units have readings that are over their respective rail ratings, so you start out with just a little more than rated, that is always a good thing! Let’s see how tings hold up when you put a load on them… 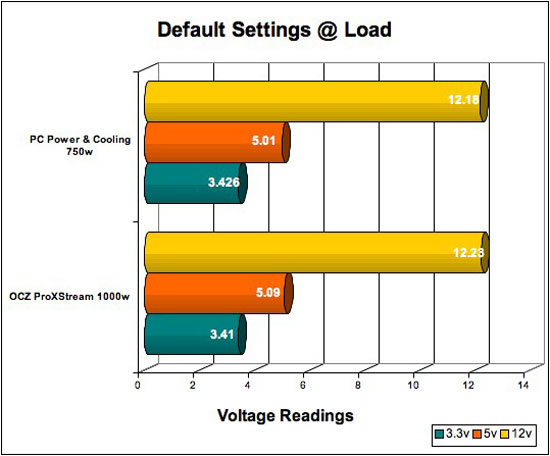 We are still getting very good readings from both units. In fact, some of the readings are higher at load settings than they were at default. Overall, both of these are solid here at default settings. Both hold their voltages on their rails very consistently. but how will they do with the stress of overclocking?

As a reminder, our overclocked settings on our Gigabyte P35-DS3R were a fsb of 390, with a CPU multiplier of 9, using a vcore of 1.5. Our memory was kept at DDR2 800 speeds and 4-4-4-12, but we raised the vdimm to 2.4v to stress the system even more. We also raised the other available voltages on the board to the middle of available settings. Let’s see how they did! 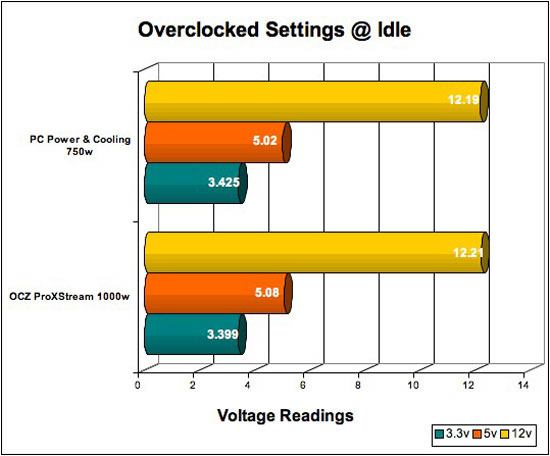 Wow! Once again, just excellent readings from both units! The OCZ Pro XStream 1000w has absolutely no issue with the overclock at all. Neither unit even seems to be breaking a sweat. But will they when we put a load on the overclocked settings? 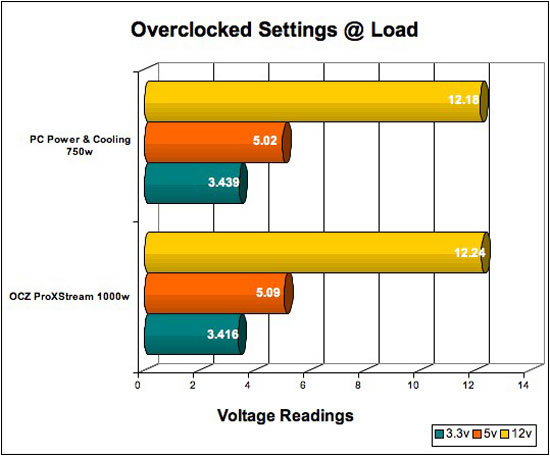 Once again, we see the units either remain stable or we see their voltage readings rise just a little bit when we stress the systems with a load. Both units are solid, and since OCZ owns PCP&C now, they would be happy for you to purchase either unit! Let’s wrap it up!