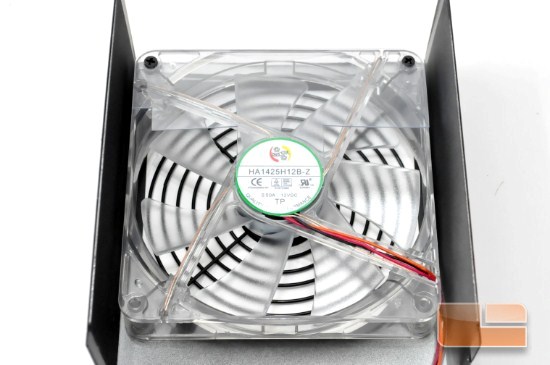 The 140mm
red LED fan of the unit is supplied by Hong Hua; not a very popular choice
among high performance PSU designers. It is a ball bearing fan with an
all-transparent body and blades. 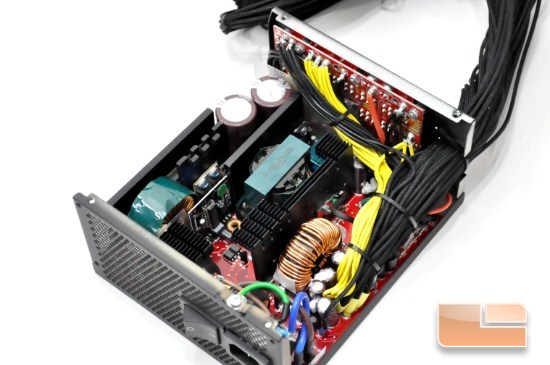 Inside the Fatal1ty 1000W unit

The inside
of the Fatal1ty 1000W unit is nice and tidy, even for a 1kW unit. Sirfa is the
company behind this design, although OCZ certainly performed a number of enhancements.
It is also interesting to note that OCZ sleeved the native connector cables all
the way down to the PCB. 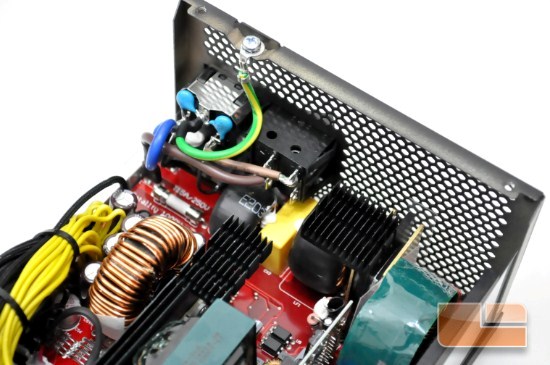 The filtering and rectifying stages

The
filtering stage starts at the back of the A/C receptacle and continues on the
main PCB. We encountered a textbook configuration of four Y capacitors, two X
capacitors, two chokes and a MOV. Two bridge rectifiers are connected in
parallel and attached on their own dedicated small heatsink. 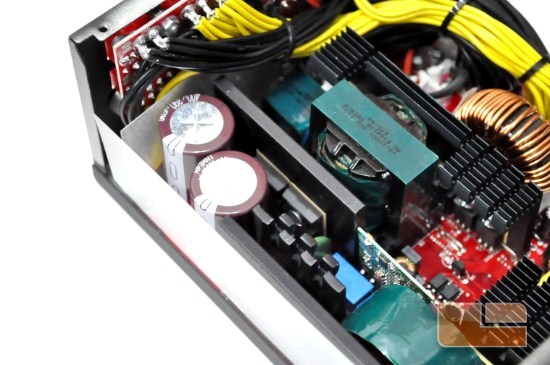 At the
primary side of the power supply we found two Nippon Chemicon 400V/390uF
capacitors. The heatsinks of the primary side components are nothing more that
small, simple slabs of metal with minimal surface. The APFC FETs are separated
from the primary side transistors and are placed on a separate heatsink. 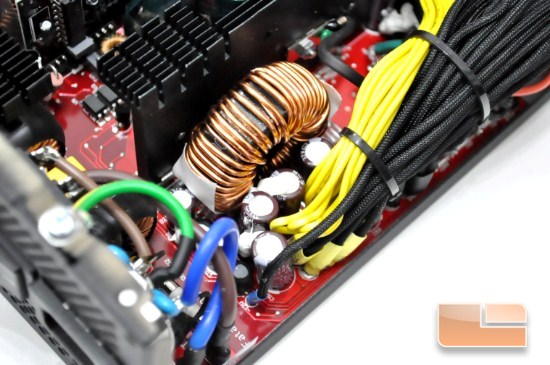 The few
secondary side capacitors are supplied by Nippon Chemicon as well. Due to the
thickness of the cables, OCZ had to use two solid polymer capacitors which are
hidden beneath them. The heatsink holding the secondary side transistors is not
huge but definitely has much greater surface than those holding the primary
side components. 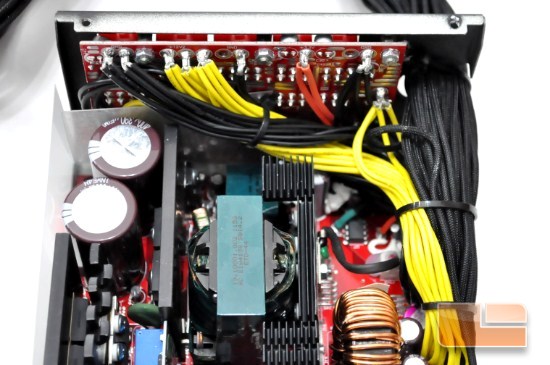 Sirfas
design places the DC to DC conversion circuits on the board holding the modular
cables. This is why a few of the cables return back to the main PCB, since the
minor voltage lines are also required by the connectors hardwired to the
unit.