In the benchmarks that I will be running, I used an Intel 4770k clocked at 3.5GHz with Turbo Boost and the low power state enabled.  Turbo Boost allows the 4770k to hit up to 3.9GHz.  To record temperatures, I used Core Temp, logged the temperatures while each program was active, and averaged all 4 cores.

Benchmark wise, I will be using several synthetic and real-world benchmarks to perform normal, heavy, and extreme load.  The benchmarks that I’m going to use today include:  Prime95, x264, 3DMark 2013 (Firestrike test only), Metro Last Light, and Sleeping Dogs.  Prime 95 will peg all four cores and eight threads to 100%, which will help us to understand exactly how hot this CPU can get with each cooler.

Just for grins, and strictly with the x40, I wanted to see if adding another fan for a push/pull configuration could beat the x60.  Read on to find out what I discovered! 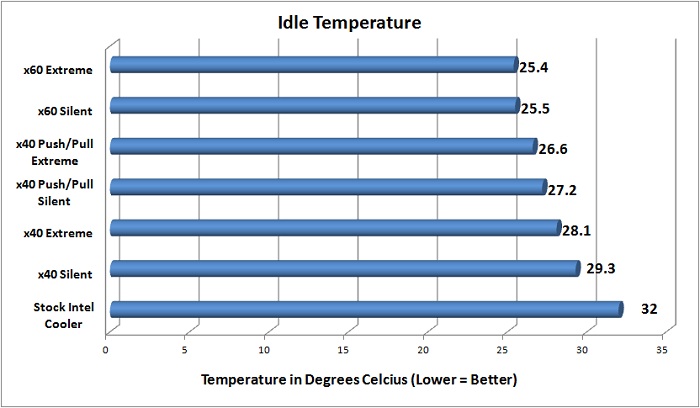 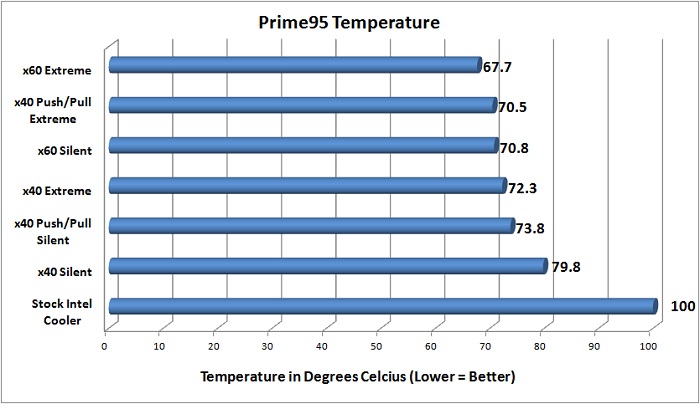 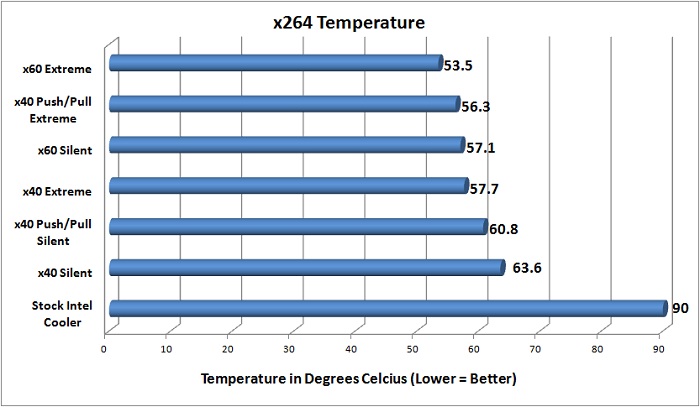 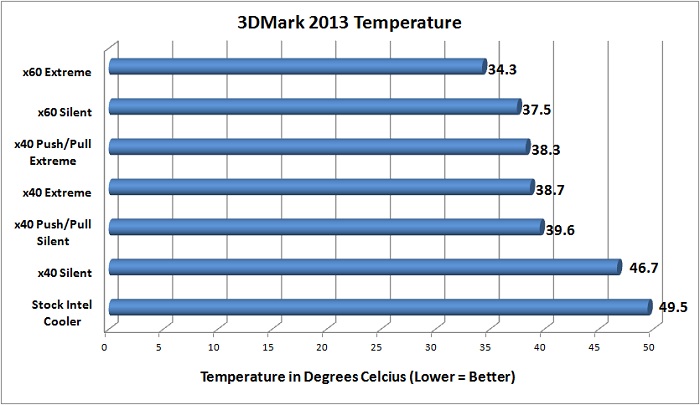 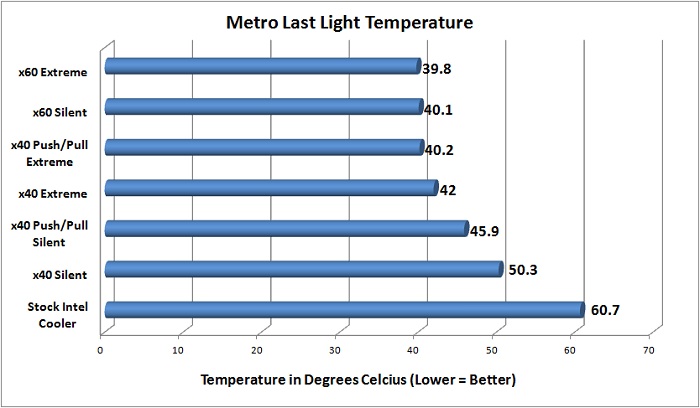 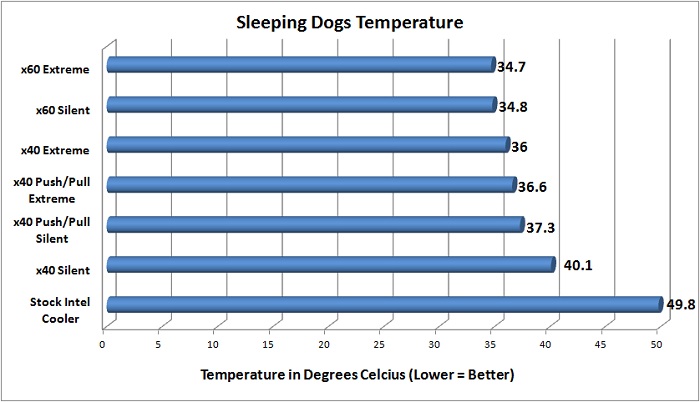 Overall Results:  As you can see, the Kraken x60 was the king of the hill on the Extreme fan setting.  I have to be honest, the noise made from these fans is quite obnoxious at full blast, so unless you’re doing gaming with headphones and have a good noise canceling microphone for voice chat, you probably won’t like this setting.  If your PC is a good distance away from your head, you just might not care.

What was very interesting is how well the x40 did in a push/pull configuration.  It actually beat the x60 in several tests, but I did have to put it into the Extreme fan setting just to beat out the Silent fan setting on the x60.  Is it worth the noise increase?  I’ll say, probably not!  But that all changes if your system can’t handle a 280mm radiator, in which you’d have to ask yourself the same question.  Maybe you could invest into a different high flow fan that won’t be as loud, or you could just utilize the custom setting in the Kraken Control software and make sure they don’t ramp up all the way.

The x40 is even a great improvement over the horrid stock Intel cooler while on its silent setting.

This wraps up the testing portion, so I am going to conclude this review up next.