Next we’ll be looking at gaming performance, noise and total system power consumption. 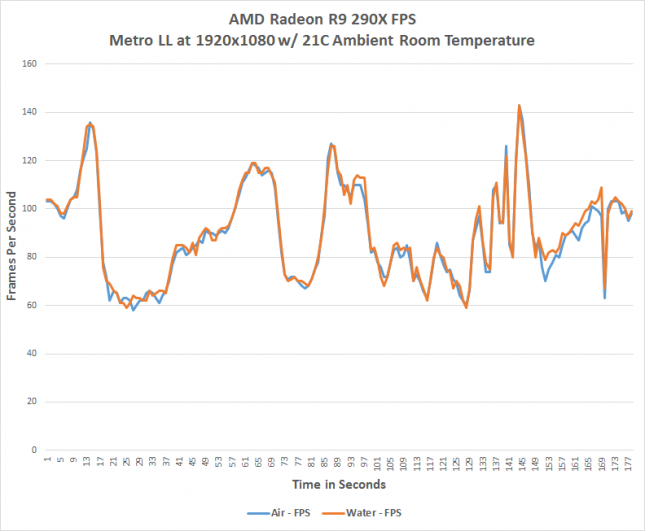 On the previous page we showed you that the Radeon R9 290X with the reference GPU cooler averaged 991.9MHz and with the card water cooled we averaged 992.3MHz. It shouldn’t come as a big shocker that in Metro: Last Light at 1920×1080 with High image quality settings that the performance was virtually identical on both cards. We were seeing 89.70 FPS on air and then 89.84 FPS on water and it didn’t matter if we ran the benchmark once or 10 times in a row as the performance with the two coolers was virtually identical.

It should be noted that since the water cooler is keeping the GPU so cold that the Vload will be higher due to the load line effects. This means that we should be able to get higher overclocks. Usually there is a 1:1 difference between the Vload and headroom in MHz, so a 25mV difference would mean that you’ve unlocked 25MHz of additional headroom for overclocking. We didn’t want this to go into an overclocking article for a particular card and we’ve already written over 3,000 words by this point on a $30 metal bracket! đ If you’ve read them all, we thank you! 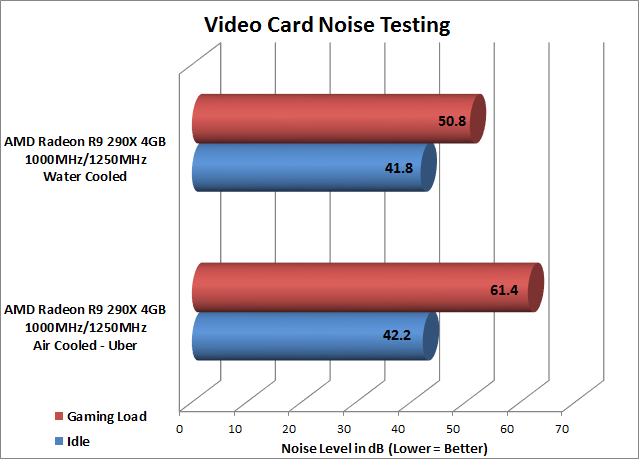 Next up we have noise testing that we took with a sound meter about six inches away from the motherboard. As you can see the NZXT Kraken X40 + Kraken G10 was significantly quieter than the AMD reference cooler at both idle and load. You can really hear a 10dB decrease, so this was welcomed! 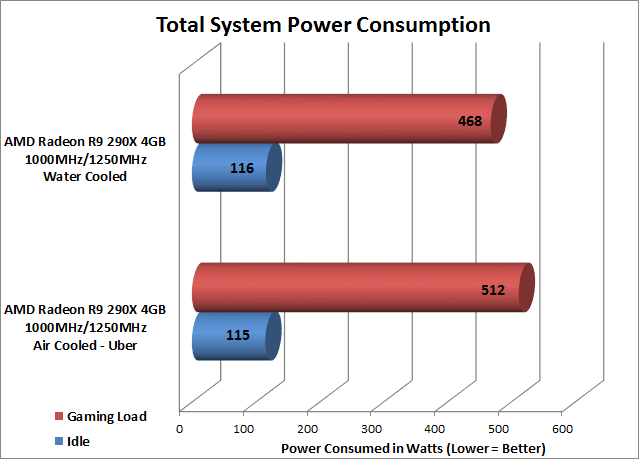 On the previous page we found that GPU-Z reported a power drop with the water cooler in the VDDC power output reading and that showed to be true at the wall with our Kill-A-Watt power meter. We found that the water cooler helped drop the power consumption by 44 Watts at peak load and they were virtually identical at idle.