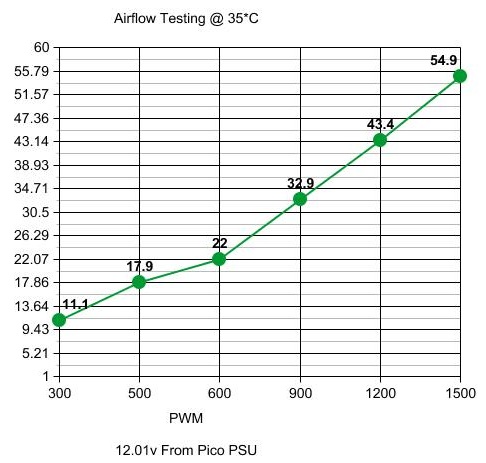 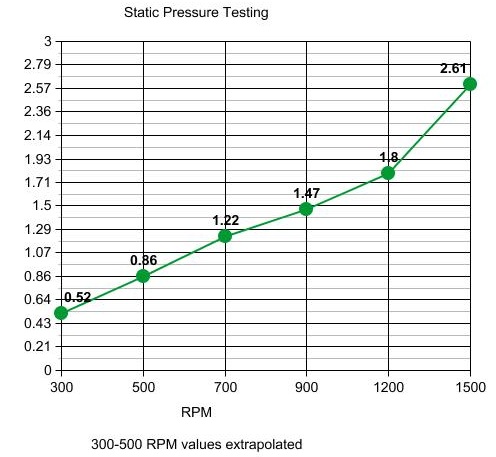 The pressure graph saw little difference as well; both airflow & pressure go hand in hand. So this is fairly standard. The 900 RPM value was a tad low but that could always be due to the airflow difference or just a simple tool in accuracy. We see a slight bump here at both 1200 RPM & 700 RPM, but like I said, that is to be expected. 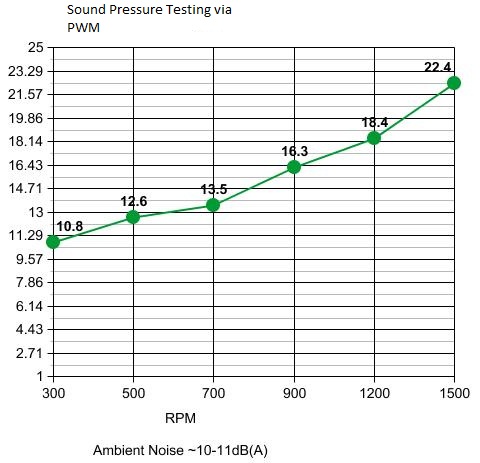 Here are our Sound Pressure results: fairly standard as far as the curve goes. Interestingly enough, the PWM mode did make this fan sound much better, there was far less bearing noise from the fan, and the sound pressure even dropped a mild amount.

Obviously, this fan was optimized for the PWM function, so I can’t really knock it. I would like to see the sound profile in voltage mode to be improved though.