Today we’ll be testing 4 Aspects of these fans:

The Testing Equipment that I will be using was purchased by me and it includes: 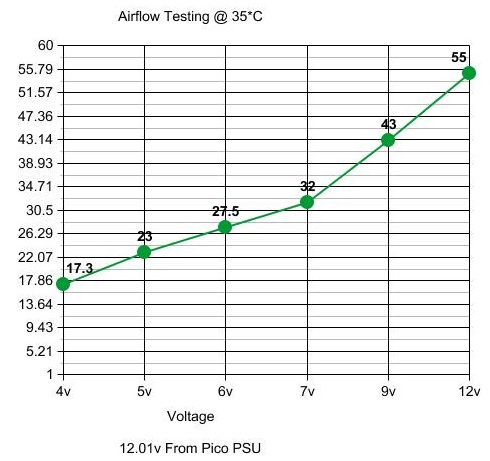 To start off, we have our Airflow testing, as normal things look pretty good. With the introduction from demand, I have decided that I will try to push fans to their lowest starting voltage and see what kind of airflow I can get off of the fan.

Fairly standard for a high end DC Axial fan, the starting voltage for this guy was just below 4v, so I started it off and progressed all the way from 4v to 12v. 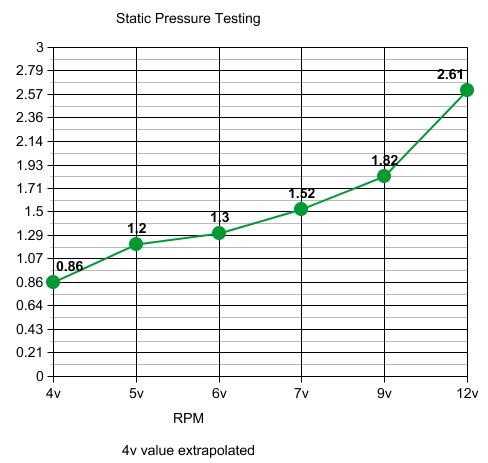 The 4v value here is extrapolated in this part due to the low reading. On the other hand, for a 1500 RPM / 55 CFM fan, the static pressure is considerably higher than previous Noctua offerings, and good for most fans in this category. 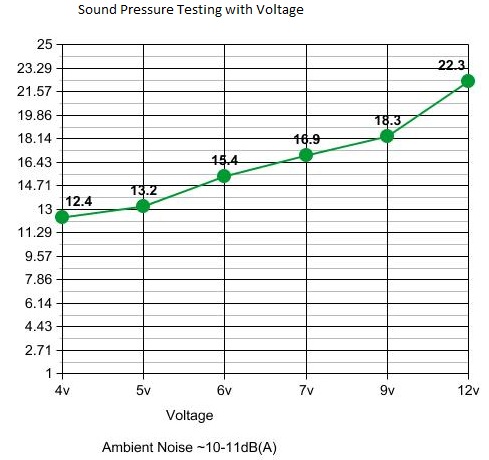 Here is Noctua’s bread & butter put to the test; the sound pressure results from this fan were on the high side of downright impressive.

On the subjective side of things, I can’t say if I’m all that impressed with this fan though, for all of Noctua’s bolstering about sound optimization I always felt that I was hearing the fan and that it never really did slip into the background.

Moving on, we’ll be testing this fan in its PWM mode as well. While I do expect the results to line up for the most part, the numbers will be lower at the end of the graph due to 300RPM being lower than 4v.