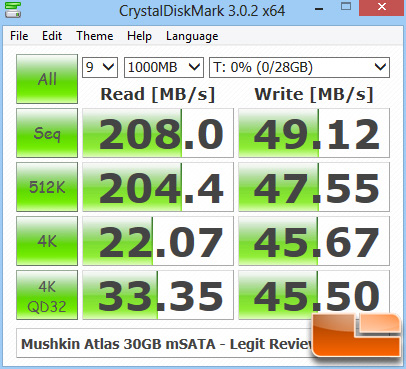 Benchmark Results: Not much of a surprise here with the Atlas putting up numbers very similar to the Intel 525 30GB drive and both trail the larger drives by wide margins. 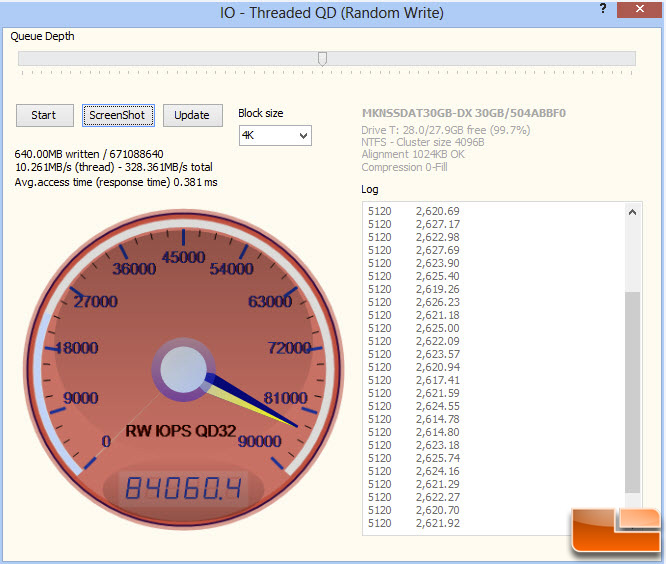 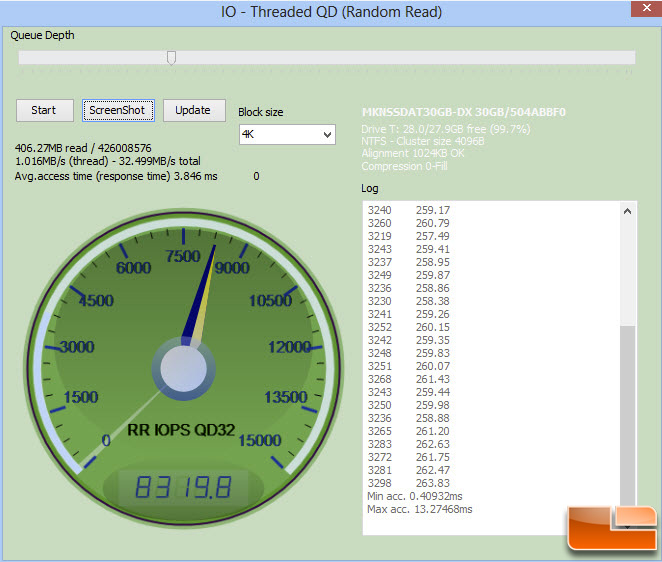 Benchmark Results: The IOPS performance on the reads exceed the rating published by Mushkin of 70,000 although they do not list the write specification which are a bit behind that of the Intel 30GB drive. 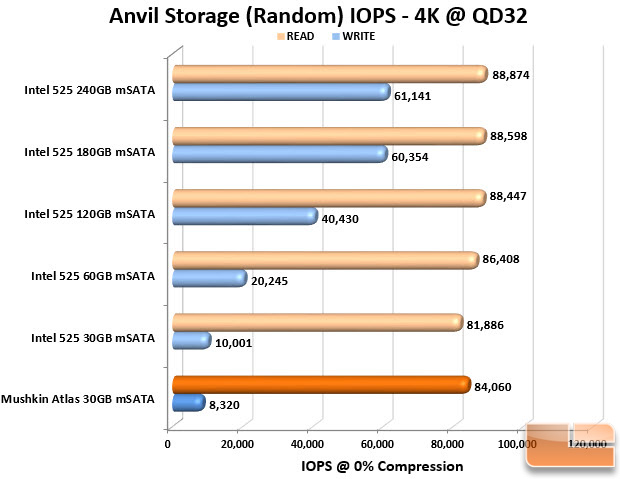