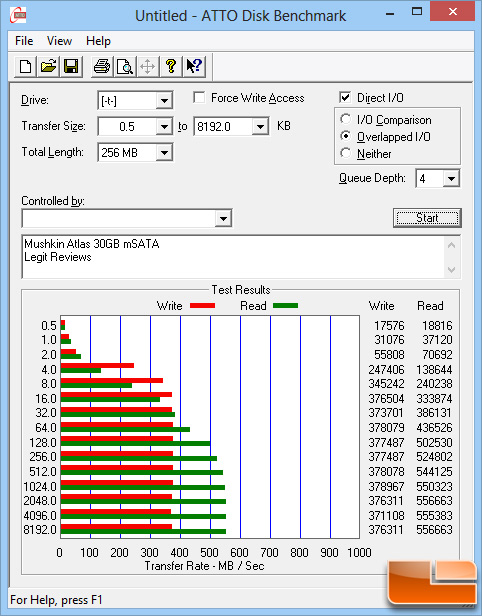 Benchmark Results: The Mushkin Atlas 30GB compares directly with the Intel 525 drive of the same capacity with the writes just a bit lower but overall, excellent scores and almost dead on the rated specifications. 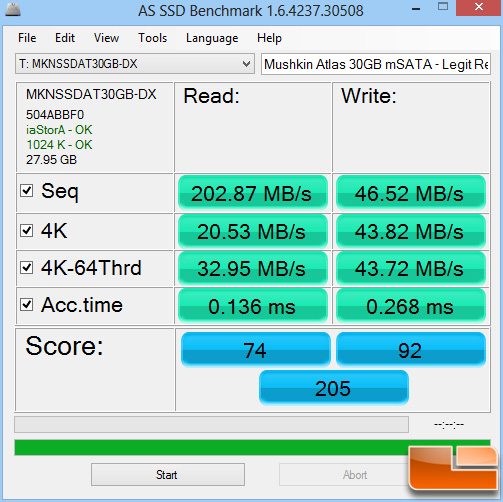 Benchmark Results: Again, the 30GB Intel 525 drive scores just a tiny bit higher in each of the benchmark metrics but nothing substantial that would prove out in normal usage. 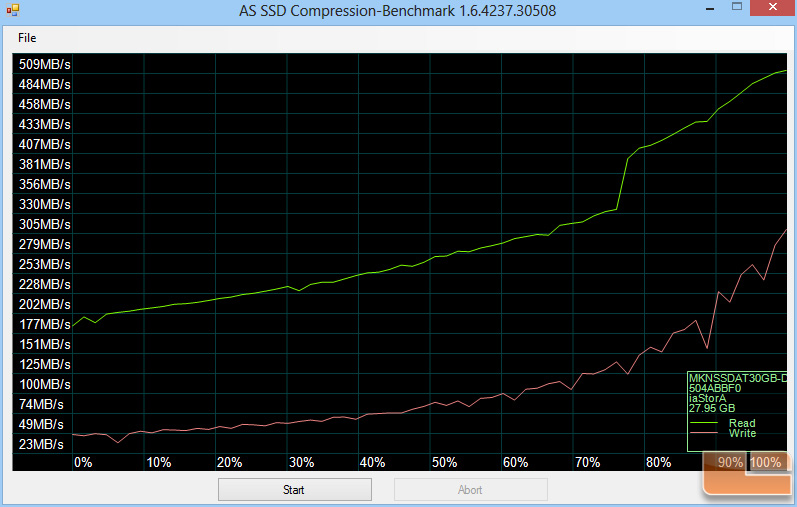 Benchmark Results: Oddly, we see the read performance increase as compressibility increases along with the writes. Typically, we only see this on the the writes for SandForce drives and is not what we saw from the Intel 525 30GB drive.