Not wanting to leave our overclocked systems alone we fired up several of the benchmarks to test the stability of our systems. 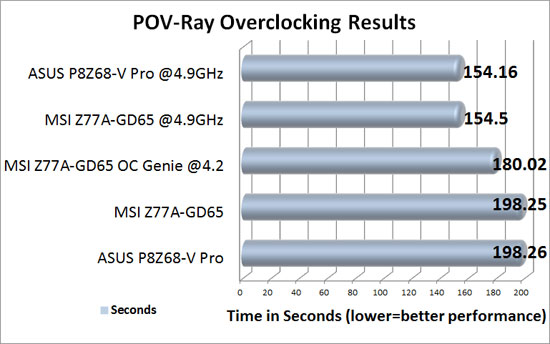 The first benchmark to run under the overclocked systems is POV-Ray. We were able to bring the Intel Core i7 2600K to 4.9GHz on both systems. The ASUS P8Z68-V Pro was a hair faster completing the rendering benchmark with a time of 154.16 seconds. The MSI Z77A-GD65 completed the benchmark in 154.5 seconds, .34 seconds behind the ASUS system. We also ran the MSI Z77A-GD65 while testing the OC Genie II overclock and it was able to complete the POV-Ray benchmark in 180.02 seconds. 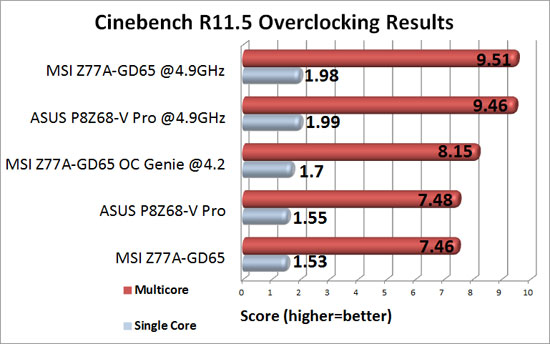 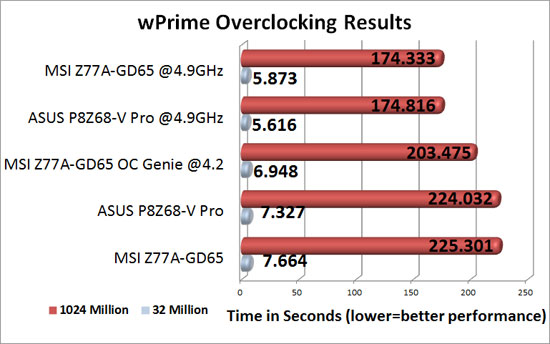